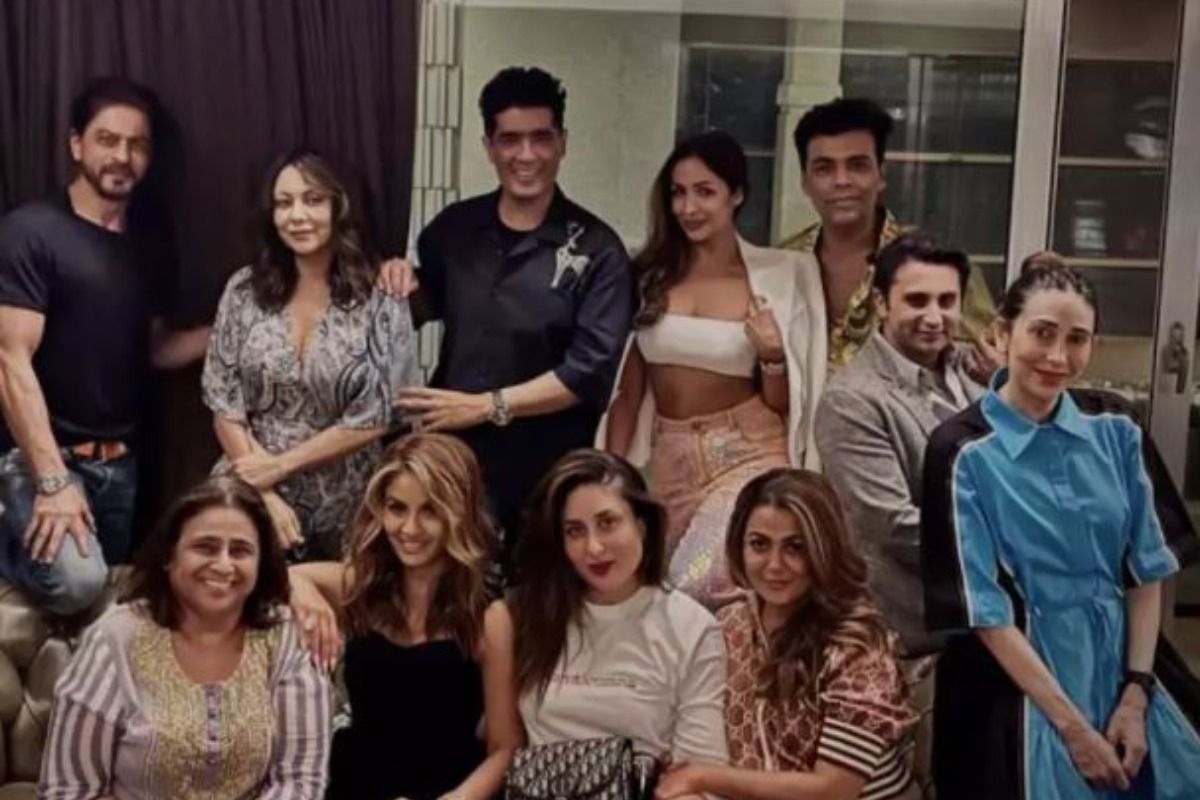 The glamorous celebrities of Bollywood made their way or a house party on Sunday in Mumbai. All of them shared the same group photo where they posed with wide smiles. All of them looked extremely stylish sitting on a couch under the dim lights. Shah Rukh Khan, Gauri, Manish, Karan, Malaika stood at the back of the couch to pose. The special photo has been circulated all over the internet and created a different vibe. Amrita Arora, Malaika Arora and gave a glimpse of the party in their Instagram stories. Also Read – Bigg Boss OTT Premiere Disrupted With Technical Glitch, Fans Say ‘Saara Mood Kharab Kar Diya’

Take a look at the happy group photo from a recent Bollywood house party:

The Kapoor sisters are usually seen having a great time with the Arora sisters, this time it was special as we saw SRK and Gauri too in their gang. Shah Rukh Khan has been busy filming his next, Pathan, whereas Gauri Khan was last in Europe spending some quality time with their daughter, Suhana Khan.