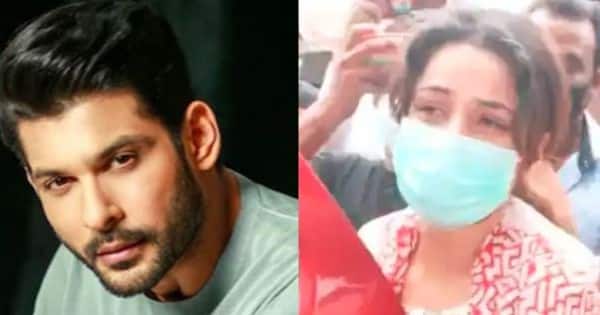 Contrary to speculations, Shehnaaz Gill may take some more time to be fully ready to get back to work.

There are a lot of reports doing the rounds about Shehnaaz Gill all set to get back to work. She was to shoot for her film Honsla Rakh with Diljit Dosanjh when Sidharth Shukla’s untimely demise left her shattered. The makers of the film have now also come out and shared that while a schedule was slated to start this month, they will give Shehnaaz all the time needs to recover and not rush her into getting back on the sets. Now, we have learnt that Shehnaaz is not in a position to shoot as she is still reeling under the pain of losing Sidharth. While Sid’s mother Rita Maa has been by her side and helping her cope with this insurmountable loss, Shehnaaz is in no position to get ready for the camera and prep for her role. Also Read – Trending TV News Today: Shehnaaz Gill to begin shooting for Honsla Rakh, Bigg Boss 15 confirmed contestants, Digangana Suryavanshi denies entering Yeh Rishta Kya Kehlata Hai and more

An insider privy to the details tells us that Shehnaaz is still recovering and isn’t in a state to talk. While some of her friends from the industry have reached out to her, she hasn’t been feeling up to it to meet or talk to them. She is keeping to herself mostly during this mourning period and her and Sid’s family are with her throughout. But there is still some time before she gets back to work. Thankfully for her, she has understanding producers who are ready to wait for her to come back when she feels better. Also Read – Weeks after Sidharth Shukla’s demise, Shehnaaz Gill to resume shooting for her film opposite Diljit Dosanjh later this month?

Apart from family and friends, Shehnaaz has her and Sidharth’s fans – the #SidNaaz family – who have been very active on social media and sending prayers and strength Shehnaaz’s. We are sure that when she does come back, it will be with a bang. Till then, all we can say to our dear girl is, Honsla Rakh. Also Read – Trending Entertainment News Today: Raj Kundra breaks down as he returns home from jail; Malaika Arora BRUTALLY trolled for walking in a weird manner