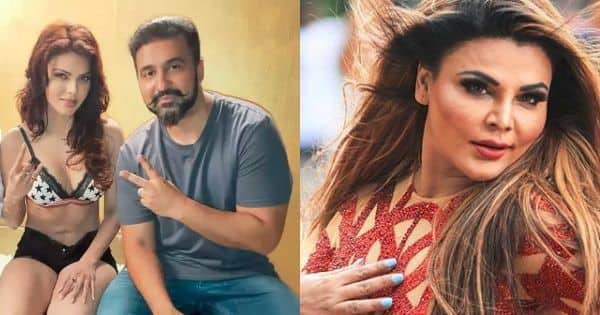 READ ALSO |  Tillotama Shome REACTS to troll who called her 'a flop actress who looks like a maid'; Pooja Bhatt gives a befitting reply

Rakhi Sawant is trending on social media. This time, people have come out in support of the Bigg Boss 14 wildcard after AAP MP Raghav Chaddha used her name to taunt Navjot Singh Sidhu. He had tweeted, “The Rakhi Sawant of Punjab politics -Navjot Singh Sidhu- has received a scolding from Congress high command for non-stop rant against Capt. Therefore today, for a change, he went after Arvind Kejriwal. Wait till tomorrow for he shall resume his diatribe against Capt with vehemence.” It seems he made a condescending statement about the Delhi CM Arvind Kejriwal. People on Twitter were aghast to see how a person holding a prominent post in a political party could use such language and drag in a woman who has nothing to do here.

During a candid question answer session on The Kapil Sharma Show, Archana Puran Singh asked new fathers Saif Ali Khan and host Kapil Sharma about their favourite lullaby that they sing to their children. At first Saif said that all singing is done by Alexa and Kapil replied that he plays the catchy tune ‘baby shark’ for his daughter: “A small kid cannot understand words so they can listen to anything, it does not matter. My daughter is one and a half years old. For her I play ‘baby shark do do do do do do’.” Talking about lullabies, Saif recalled an incident with his first born, daughter Sara Ali Khan when she was a baby: “I used to sing an English lullaby called Summertime when Sara was really young, and suddenly she opened her eyes and said, ‘Abba please don’t sing.’ From then on, I can’t sing. Even the baby said ‘don’t sing'”, which made the audience laugh heartily.

READ ALSO |  'People told me to keep my relationship quiet'

Dia Mirza took to Instagram to share a pic with her son Avyaan. It’s a monochrome pic in which she can be seen holding the cute baby. Avyaan is her first child with Vaibhav Rekhi. He was born in May this year.

Laal Singh Chaddha is one of the most anticipated films and the many. The film stars Aamir Khan and Kareena Kapoor. It will also mark the Bollywood debut of Naga Chaitanya. How did he choose this film as his debut? Well, in an interview to Deccan Chronicle, Chaitanya revealed that he received a call from Aamir himself to do the film.