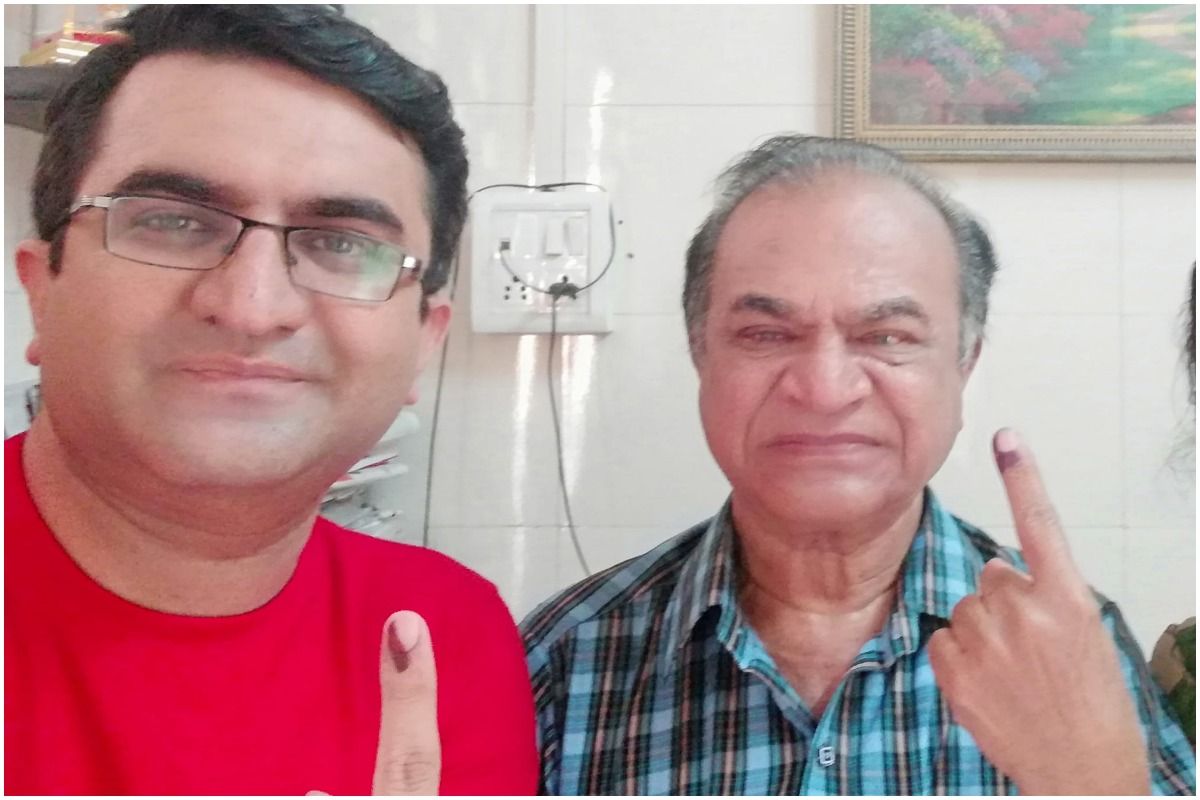 Mumbai: Taarak Mehta Ka Ooltah Chashmah actor Ghanshyam Nayak aka Nattu Kaka fought a tough battle with cancer a year before passing away on October 3. The beloved actor was suffering from a rare form of cancer and wanted to die with makeup on. His last wish was fulfilled by his son who had a professional makeup artiste do his father’s makeup as he began his final journey towards his heavenly abode. In his latest interview with a news daily, Nayak’s son, Vikas opened up on how the family supported him and stayed with him throughout the difficult phase.Also Read – Taarak Mehta’s Tappu Aka Raj Anadkat Shares Fond Make-up Room Memories With ‘Nattu Kaka’

Nattu Kaka’s death: Cancer had spread in his entire body

Speaking to ETimes, Vikas mentioned that the treatment of the cancer was tough since there was no set line of medicine considering it was a rare form of cancer. Even though the chemotherapy worked for some time and it seemed like it showed results, Nattu Kaka’s health kept deteriorating and cancer spread to his entire body within one year. Also Read – Nattu Kaka’s Death: Taarak Mehta Ka Ooltah Chashmah’s Munmun Dutta Shares Last Picture With Ghanshyam Nayak

“It was a year ago that my dad underwent surgery for cancer. This was followed by radiation and chemotherapy. His cancer was so rare that the line of treatment seemed trial-n-error. He had 9 chemotherapy sessions- 5 last year and 4 this year,” said Vikas. He added that around September 2020, they felt a little relieved thinking that his father was recovering but in March next year, they found out that cancer had spread to his lungs. In the next month, the chemotherapy was started again and the actor had developed swelling on his face that never went away. Also Read – Nattu Kaka Was in Pain, Couldn’t Even Drink Water: Bagha Aka Tanmay Vekaria Remembers The ‘Pure Soul’

Taarak Mehta Ka Ooltah Chashmah: Nattu Kaka continues to work even when he had swelling on his face due to cancer

Vikas said, “But dad insisted that he still wanted to go to work and so he shot a bit for Taarak Mehta Ka Ooltah Chashmah and even did an ad. We did a test again at this time and realised that the cancer was now not only in the lungs but other body parts as well. We stopped the chemotherapy and tried Homeopathy and Ayurveda. But the condition kept worsening.”

Nattu Kaka had difficulty breathing in his last days

In his last days, Ghanshyam Nayak started having difficulty in breathing and it couldn’t be helped even with arranged oxygen and other medical assistance. The actor was admitted to the ICU where he felt a little better but his health deteriorated. Around 15 days before his demise, his sugar level had shot up and he had stopped recognising people. Later in October, it came down and he recognised a few people but the health didn’t improve.

Nattu Kaka was given the funeral that he had desired. His son mentioned that he looked at peace during his final journey and he had fulfilled his last wish. “We called a professional makeup artiste to do makeup on his face when he passed away as he wanted to die with his makeup on. And I must tell you that there was immense peace on his face when his pulse stopped,” said Vikas.

Ghanshyam Nayak’s incredible performance in the role of Nattu Kaka will always remain memorable. He will be missed by millions of fans who watched him daily in Taarak Mehta Ka Ooltah Chashmah. May his soul rest in peace!