Squid Game gets a Bollywood twist that will make you ROFL 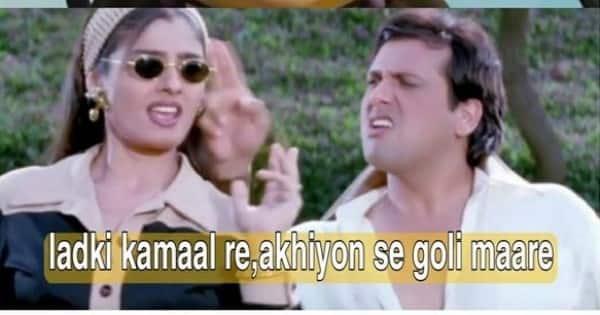 Squid Game gets a Bollywood twist that will make you ROFL

Netflix’s recent South Korean survival thriller, Squid Game has left people all over the world hooked. While the show has garnered praises for its complex characters and intriguing plot, netizens have found resemblances of the scenes in popular Bollywood movies and showed their creativity, which will definitely make you ROFL. Here are some of the tweets…

I think I downloaded the wrong episode of #SquidGame pic.twitter.com/uRQWG9D5NH

If squid game was made in India pic.twitter.com/YFwHtLFfsb

No one can destroy Akki Bhai? pic.twitter.com/TULpC6zPZg

Me in the break room during my lunch at work pic.twitter.com/pKTjFXLTMr

All those dalgona memes from Squid Game and i think this one’s the best LMAO ? pic.twitter.com/oiUdz18tve

if i was in squid game and the cookie was the umbrella “just shoot me already” pic.twitter.com/s5EjcGTdr9

I’ve been trying figure out at what level of Squid Game I’d have made it up to ??? at most, the game in the Man With the Umbrella episode sheesh pic.twitter.com/i15FyCXJdV

my impression of what the people who had to cut out an umbrella in squid game were thinking: “oh so they wanted me to die, like me specifically, they hand-picked my death. okay”

When I participate in squid game and I have to cut out the umbrella pic.twitter.com/xoCfzgVfOL

This is still one of the funniest scenes in squid game ? chose umbrella because his mom would always give him broken ones that he refuses to take to school bc he wants a cool one. GUESS WHAT ?????? pic.twitter.com/9gJPomCNeM

@BingingWBabish racing to get a Squid Game Dalgona candy video out while the memes are still hot pic.twitter.com/wJdC9cyzgU

Me to the red men in Squid Game after I crack the umbrella pic.twitter.com/bLHlBviFXf