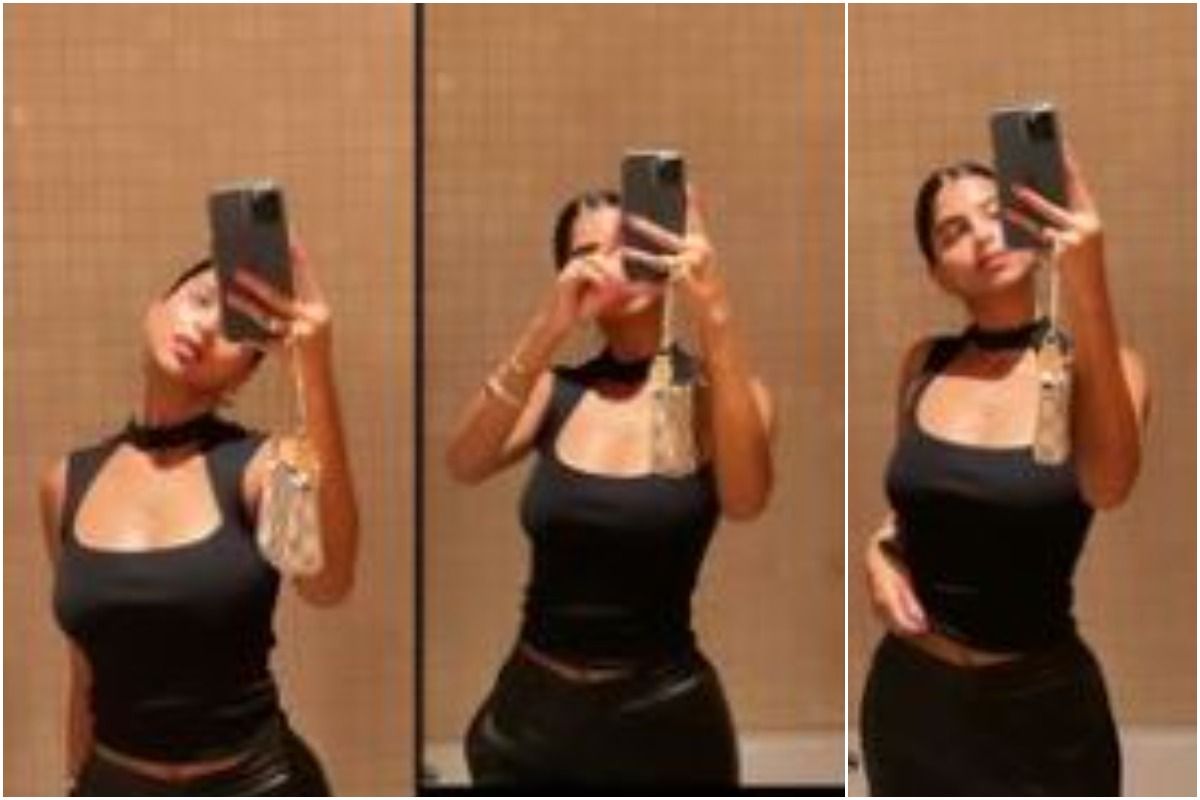 Mumbai: Shah Rukh Khan and Gauri Khan’s daughter Suhana Khan, who is studying films in New York, has treated her fans with a collage of mirror selfie in a hot black bodycon top with leather pants. The photos in a black ensemble will definitely bright up your mood. Suhana carried a mini purse and it seems the clicks have been taken in a washroom.Also Read – Suhana Khan’s Moon Gazing Picture is Stealing Hearts on the Internet | See Pics

Suhana Khan has been in the limelight ever since her childhood just like any other star kid. In this digital age, has the diva has become one of the biggest social media sensations. Scrolling through her Instagram handle, one can easily come to know that she is a fashion lover and has made style statements especially for University goers. Also Read – Suhana Khan And Khushi Kapoor to Debut Together Alongside Agastya Nanda in Zoya Akhtar’s Comic-Adaptation? Boney Kapoor Answers

The 21-year-old has also been praised by several Bollywood personalities for her passion towards acting. Shah Rukh Khan also revealed how Suhana helped him on the sets when he was shooting for Aanand L Rai’s Zero in 2018. Also Read – Suhana Khan Asks Fans To ‘Pick A Personality’ As She Shares Drool-worthy Photo Collage Flaunting Killer Expressions

In a short film The Grey Part of Blue, her fans saw a little glimpse of her acting skills. Ever since the fans are waiting to see her on the big screen. It was a part of a college project but her fans are looking forward to making it to the big screen, one day.

Watch this space for more updates!