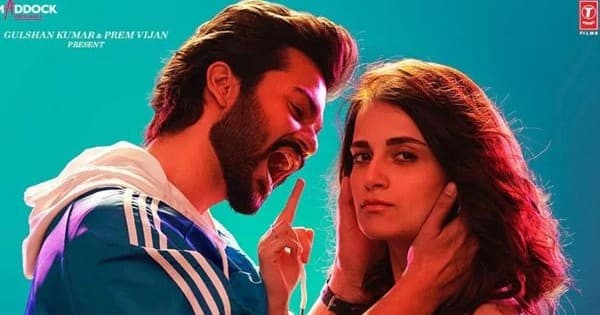 They say love gives you wings! And why would it not, when it brings with it the freedom to express, to be yourself, to know that you can make your own choices and live life the way you want, that there is someone who is happy to see you happy and soar. Well, not if you are watching a Bollywood romantic movie where the ‘shiddat vala pyar‘ only means stalking a woman and scaring her until she is forced to accept you to stop you from torturing her and her family. Suna hua, dekha hua formula nai? It is, just the characters differ. The last time, when we added some beautiful music we got Kabir Singh, and the other time when this situation was set out of India, we got Badrinath Ki Dulhania. This time, we got Shiddat starring Sunny Kaushal (Vicky Kaushal’s brother) and Radhika Madan. Also Read – Jug Jugg Jeeyo: Kiara Advani REVEALS the latest crucial development on her family drama with Varun Dhawan; says, ‘I’m going back on set this month’ [EXCLUSIVE]

What’s it about? Also Read – Chhichhore and Badrinath Ki Dulhania actress Abhilasha Patil passes away due to COVID-19 complications

Shiddat begins with the typical love story of Gautam (Mohit Raina) and Ira (Diana Penty). They are two completely opposite people who find each other, fall in love and stick together. Their story is so perfect that during their wedding reception, when Gautam talks about how they were meant to be, it works a magic on Jaggi (Sunny), a carefree soul who only wanted to enjoy some ‘free ki daru’. A few months later, Jaggi tries to illegally enter the UK. He gets caught in France and deported by Gautam (the Indian diplomat in Europe). Jaggi tells Gautam how his wedding story turned him into this ‘big aashiq’ who be-dhadak came down to Europe to meet the love of his life aka Kartika (Radhika). Interestingly, Kartika has is oblivious to all this. She in fact all set to marry a man of her choice, without a clue that her ‘aashiq’ Jaggi is about to ruin it all.

Sunny in his role of Jaggi is impressive. He is nonchalant, funny, quirky, and looks so much in love. Radhika as Kartika does her job decently. Both Mohit and Diana are graceful and lovely together as a couple who fails to mend their differences in a marriage. In a scene, when Diana says ‘I love you Gautam but I don’t like you anymore’, you understand and you see the embarrassment and pain in Raina’s eyes who seems to be becoming a better version of himself in every screen outing now. First Mumbai Diaries, and now Shiddat!

Shiddat could have easily been a progressive movie, but the makers had to choose a rather impractical path that looks more impossible than the possibility of finding sanity in Bollywood love stories. Who decides to swim through the 560 km long English Channel between Paris and England to reach a girl? Can we stop making fools of our men in international waters, please? Another hugely problematic scene in the movie is the writer’s solution to deal with eve-teasing and harassment. When Jaggi goes on to click and post Kartika’s picture on social media without her permission, she goes inside the boy’s locker room and clicks them naked by ripping their clothes off and removing their towels. Harassing men back is not the way to stop eve-teasers and abusers. Dealing with it as an act of revenge would be a myopic view of looking at the problem. We can write and show better than that!

Even with decent performances, the story of Shiddat is jaw-droppingly impractical and the love that it talks about is not meant for regular, normal people. Love knows no boundaries but you don’t have to go literal about it!