Sunny Kaushal REVEALS how his family reacted to the rumours 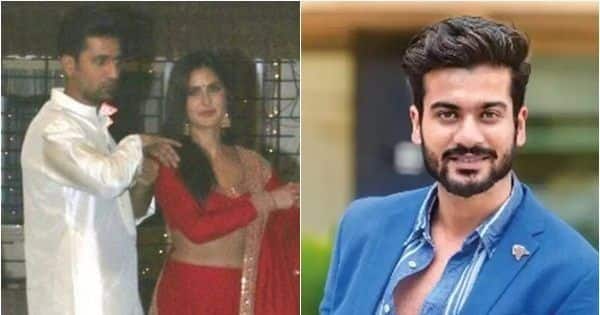 Sunny Kaushal REVEALS how his family reacted to the rumours

Last month, the rumours of Katrina Kaif and Vicky Kaushal’s secret engagement had flooded the internet with hilarious memes. Though the two have been quite secretive about their relationship, earlier reports had also suggested that the two are eagerly waiting to make their relationship official. It was also being said that Katrina and Vicky plan to get engaged by the end of this year. However, Katrina’s team denied the reports of any secret roka ceremony with her rumoured boyfriend. Vicky’s father Sham Kaushal had also rubbished the rumours saying that they were not true. And now his brother, Sunny Kaushal has revealed how his family reacted to the rumours of Vicky’s secret engagement with Katrina. Also Read – A look into the ultra luxurious vanity vans of Shah Rukh Khan, Alia Bhatt and others will make your head spin – view pics

Sunny said that the rumours had started doing the rounds after Vicky had gone to the gym. When he returned home, his mom and dad started teasing him for getting engaged and not even inviting them. They even asked Vicky to treat them with sweets. Also Read – TOP 10 most gorgeous Bollywood divas who are natural beauties!

“I remember that Vicky had gone to the gym in the morning when the rumours started coming. So, when he returned home, mom and dad funnily asked him, ‘Arre yaar, teri engagement ho gayi, mithai to khila de (We heard you got engaged, please treat us to sweets)’. And then Vicky told them, ‘Jitni asli engagement hui hai, utni asli mithai bhi kha lo (Since the engagement is imaginary, the sweets will be too)’. We don’t know where it all came from, but we all were laughing so hard because of that,” Sunny told Spotboye. Also Read – A look at Ranbir Kapoor’s scandalous and shocking love affairs before he found ‘the one’ in Alia Bhatt

Katrina and Vicky had been playing hide and seek with the media for a long time now apparently to keep their relationship a hush-hush affair. The two have been spotted together on several occassions but so far, they have somehow avoided getting clicked together by the paparazzi. A few days ago, they tried to dodge the media at the Shershaah screening as well.

READ ALSO |  Is this the REAL reason behind the IT surveys on Sonu Sood's premises? Here's what we know

The grapevine is abuzz with speculations that Vicky is secretly planning to tie the knot with Katrina Kaif. However, the rumoured lovebirds have not yet opened up on their relationship status to the media.

The rumours of their hush-hush relationship caught fire when Sonam Kapoor’s brother and actor Harsh Varrdhan Kapoor dropped a bomb about Katrina and Vicky’s relationship and confirmed that the two are dating. In an appearance on Zoom’s By Invite Only, Harsh Varrdhan was reportedly quizzed which Bollywood relationship rumour he believes to be true, to which the actor allegedly replied, “Vicky and Katrina are together, that’s true… Am I going to get in trouble for saying this? I don’t know. I think they’re quite open about it.”