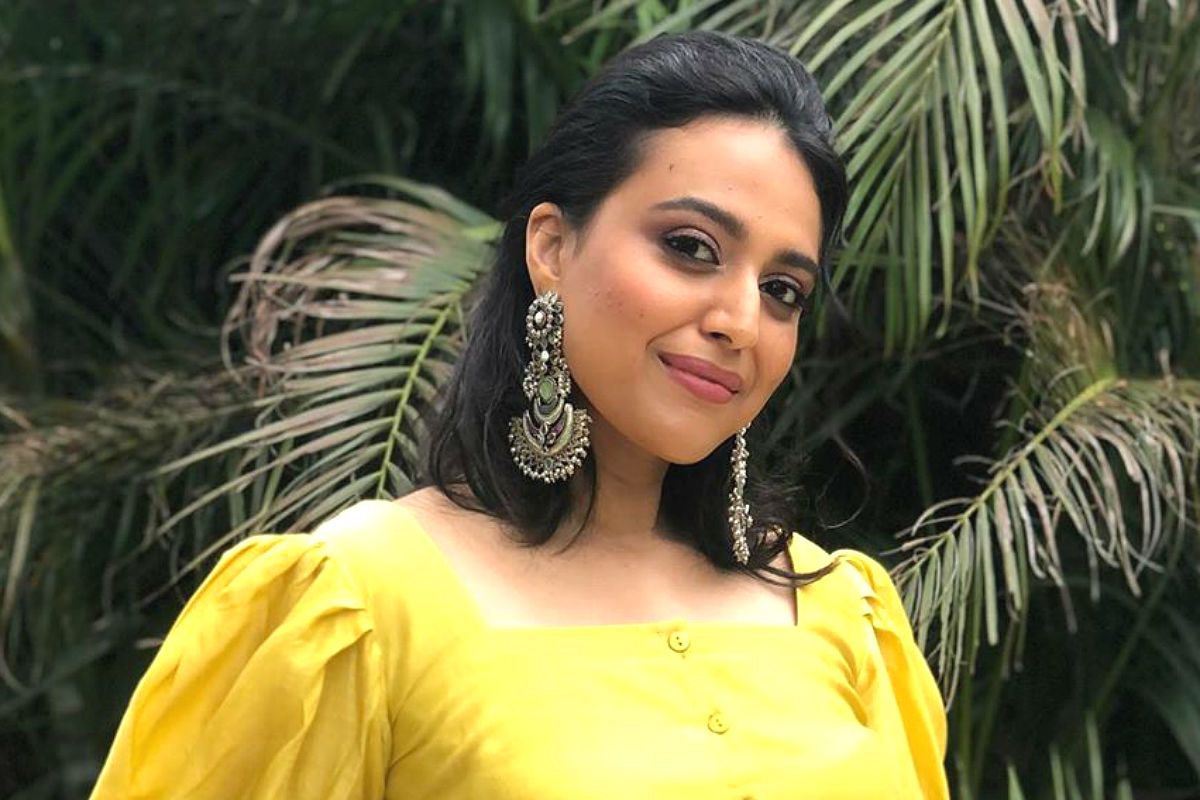 Mumbai: Bollywood actor Swara Bhasker recorded her statement against a social media user on Monday. The actor was spotted outside the Patiala House court, Delhi. Swara Bhasker had earlier filed an FIR alleging the said person was circulating messages which were “intended to outrage her modesty” on social media platforms.Also Read – Swara Bhasker Breaks Acne Stereotypes, One Zit at a Time!

“A film actress filed a complaint alleging that a Twitter user & YouTube influencer has been circulating some messages on social media platforms with the intention of outraging her modesty and some hashtags have also been circulated regarding some movie scenes,” news agency ANI had reported on Sunday. It further mentioned that a criminal case has been filed in the case. “A criminal case has been registered under IPC Sec 354D (stalking), 509 (Word, gesture or act intended to insult the modesty of a woman) and sec 67 of IT Act (Punishment for publishing or transmitting obscene material in electronic form): Delhi Police (2/2),” ANI tweet further read. Also Read – Swara Bhasker Mourns Death of Friend Seher Latif in a Heartbreaking Post: ‘I can’t Say Goodbye, Not Yet’

Even Swara Bhasker had addressed the same on social media saying that women face social media harassment every day. “I am not alone. Suffering casual and everyday cyber sexual harassment is the price many women have to pay to have a voice in our public spaces.. again it’s not okay!” the actor had written. Also Read – Swara Bhasker And Siddharth Exchange Lovely Tweets After Troll Called Him ‘South Ka Swara’, Fans go Aww

This is not the first time that Swara Bhasker is facing criticism and trolling on social media. The actor has repeatedly opened up about the same and has said that it is because of her political opinions.

On the work front, Swara Bhasker was last seen in the 2018 movie Veere Di Wedding.