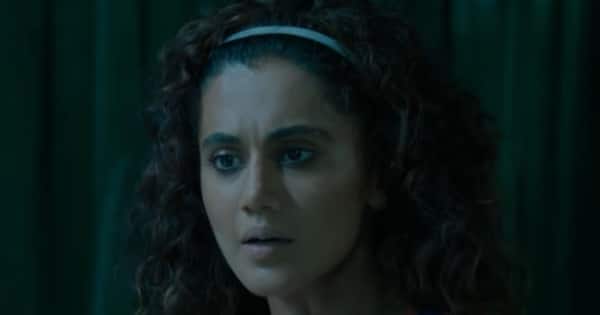 Taapsee Pannu is next to be seen in a film a called Rashmi Rocket. The actress is set to play a role of an athlete in this film that will release on Zee 5. The trailer of the film made it to the internet today and has garnered positive reviews from all. Taapsee’ impeccable performance has once again left her fans impressed. She put in a lot of hard work and transformed herself to look like a runner. But at the same time, she got trolled for her athletic body. On social media, she was trolled for having a ‘mard wali body’. During the press conference, the actress was asked about the same. Also Read – Rashmi Rocket trailer out: Taapsee Pannu’s dhamakedaar performance will touch your heart with lightning speed – watch here

Taapsee Pannu stated that it is actually a compliment for her, in terms that it validated all the hardwork she put in to transform herself physically. She stated “When people started telling me, it was actually a compliment as it validated the hardwork that I had put in.” At the same time, she sympathised with those who go through this daily. Talking about how choosing a body type is not in someone’s hand, she mentioned that nobody has been given a right to define what is feminine and what is masculine. She further added, “It is actually heart aching at the same time that there are some woman who have to go through it all the time. I can’t imagine the reaction of someone who actually faces it in real life.” Also Read – Trending OTT News Today: Emmy 2021 winners, Taapsee Pannu’s Rashmi Rocket release date, Divya Agarwal showers praise on Varun Sood’s family and more

Talking about her preparation for Rashmi Rocket, Taapsee Pannu stated that her life totally changed as she underwent the transformation process. From walking up in the morning at 5 am to go for a run to mentally preparing herself for the role, Taapsee stated that Rashmi Rocket has been the most challenging role she has ever played. Also Read – Rashmi Rocket actress Taapsee Pannu REACTS to troll who said she has a manly body

READ ALSO |  'Arrest warrant will be issued against Kangana Ranaut if she again skips the next hearing,' says the court