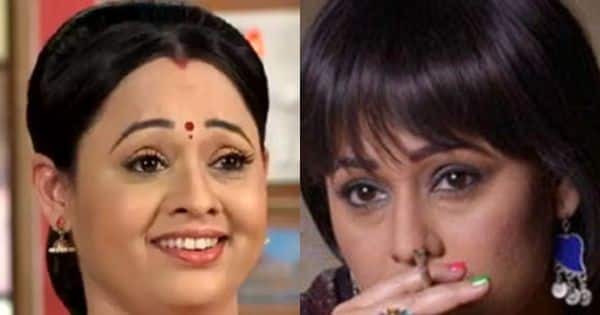 Taarak Mehta Ka Ooltah Chashmah is one of the most loved TV shows that has managed to grab viewers’ attention with their simple plot. The show has been running successfully for over 13 years now and has made viewers fall in love with them. Fans adore each character of the show and love to know more about them.

Actress Sonalika Joshi who essays the role of Madhavi Bhide in Taarak Mehta Ka Ooltah Chashmah show has caught the attention of the netizens. An old picture of Sonalika from her modeling days has gone viral. Netizens are surprised to see Sonalika in a different avatar.

Take a look at this picture –

In the throwback picture, Sonalika is dressed in western attire and has a bob cut. She can be seen holding a cigarette bud in her hand. She glammed her look by wearing junky jewellery and applying make-up. Netizens would have never imagined Sonalika in this avatar. In the show, Sonalika is always dressed in a saree and has her hair neatly tied in a bun.

But in this throwback picture, Sonalika looks completely unrecognizable and we cannot take our eyes off her badass look. Actress Sonalika is quite active on social media and often gives a sneak peek to fans into her day-to-day life.

Taarak Mehta Ka Ooltah Chashmah recently completed over 3,000 episodes and the entire team celebrated their huge success. The cast cut a cake on the sets and had a gala time together.