Take a Tour of Grand Dining Area, Bedroom With Bunk Beds And More 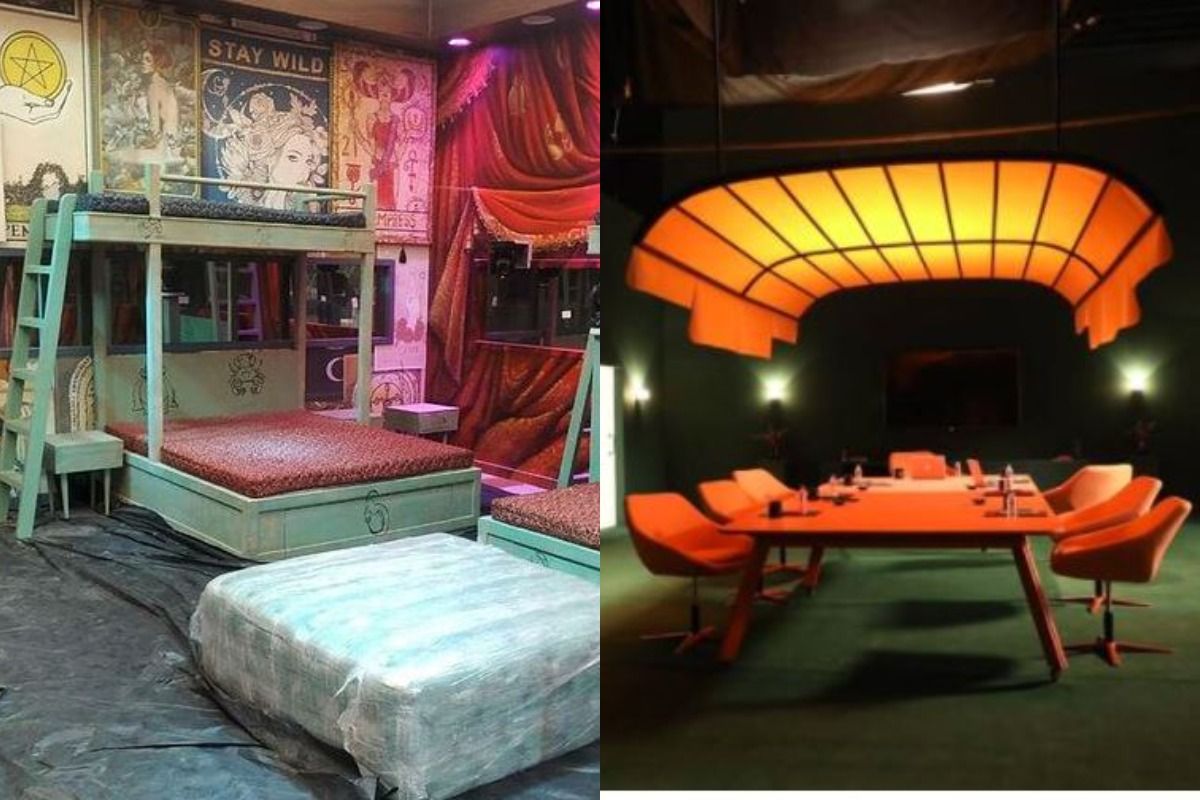 Take a Tour of Grand Dining Area, Bedroom With Bunk Beds And More

Bigg Boss OTT house photos: The future is here, and the Bigg Boss OTT house is ready to pave the way for everything that the future holds for us. The designer has spun his magic to create a house that is a first of its kind, modern, cutting-edge technologically advanced, and futuristic but still has the warmth of a home. While Karan Johar will turn host for the digital version of the Bigg Boss, which is airing on August 8, actors Divya Agarwal, Neha Bhasin, and Ridhima Pandit have already signed the dotted lines to get locked in the house. And now we have some exclusive leaked pictures from the set of the Voot series.Also Read – Bigg Boss OTT: Bajre Da Sitta Singer Neha Bhasin Is First Confirmed Contestant | Watch Promo

From the inside photos of Bigg Boss OTT, the house is going to be all sorts of quirky. Right from the bedroom with poster walls and bunk beds to the grand dining area, everything looks so breathtaking. Also Read – Sunil Grover To Participate In Bigg Boss 15 As He Refuses To Join The Kapil Sharma Show? Check Here

We can’t take our eyes off the flooring and the fancy light above the giant dining table. A huge orange light has been placed above the dining table which currently has seven chairs, giving a hint of the number of contestants being signed for the mini-season (Bigg Boss OTT). The table in a similar bright shade complements the headlight adding more aesthetic value to the area. The Bigg Boss OTT set is being constructed in Filmcity, Mumbai. In the house, there is also a sitting area nearby a dining table in antique finish balancing the overall look. Also Read – Bigg Boss 15: Taarak Mehta Ka Ooltah Chashmah Fame Nidhi Bhanushali To Participate In The Controversial Show?

Take a look at the pictures of Bigg Boss OTT house:

It has been reported that the mini Bigg Boss season will have contestants from digital backgrounds such as influencers, social media stars and some celebs as contestants. Apart from the usual hour-long episode, viewers will get to see their journey 24X7 live on the streaming platform. The top performers of Bigg Boss OTT will also get a chance to be on the main show — Bigg Boss 15 that will air on Colors, with Salman Khan as the host.