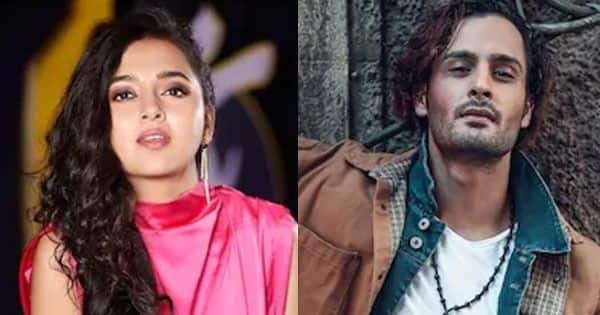 Bigg Boss 15 has started off in a rather eventful note. In a span of two days, we have seen some dirty fights in the house. Pratik Sehajpal has been in the centre of the matter. Everyone is doing their best to be seen on the show whether it is by fighting or trying to build connections. As of now, the whole lot of Junglewaasis have been nominated by Bigg Boss due to the destruction of property done by Pratik Sehajpal. Now, everyone has started voting and there are some surprise results. It is Tejasswi Prakash who is leading as of now. The young lady has shown a good mix of entertainment, comedy and opinions on the show. Also Read – Bigg Boss 15: Kushal Tandon and Prince Narula get into a late-night social media spat after the former slammed Karan Kundrra as ‘Jananni’ for age-shaming Shamita Shetty?

Well, Tejasswi Prakash has a huge fan base from shows like Swaragini and Khatron Ke Khiladi 10. People are liking her personality the most. It seems Umar Riaz is on the second place. Umar also has the advantage of a pre-existing fan base courtesy his brother Asim Riaz’s stint on Bigg Boss 13. The loyalty of Asim Riaz fans is evident here. Umar Riaz is leading as per some polls. We know that Bigg Boss 13 fan base is one of the most iconic ones ever and Umar has a huge advantage. Also Read – Bigg Boss 15: Simba Nagpal comforts Miesha Iyer post fight with Pratik Sehajpal; fans suspect a love triangle

The surprise seems to be Jay Bhanushali. It seems he is trailing as of now. As per some, he is even behind Vishal Kotian. The boys of Bigg Boss 15 are very strong and dominant on the girls. Besides Tejasswi Prakash, none of the girls have a strong fan following outside. We have to see how the equation changes as Pratik Sehajpal comes in the nominations. He is one of the most popular guys on ground level. Karan Kundrra is on the third place as of now. The competition is super hot and this means all the fun! Also Read – Bigg Boss 15: Sidharth Shukla, Jay Bhanushali, Shamita Shetty and more – celebs who have been age shamed by co-contestants in the house