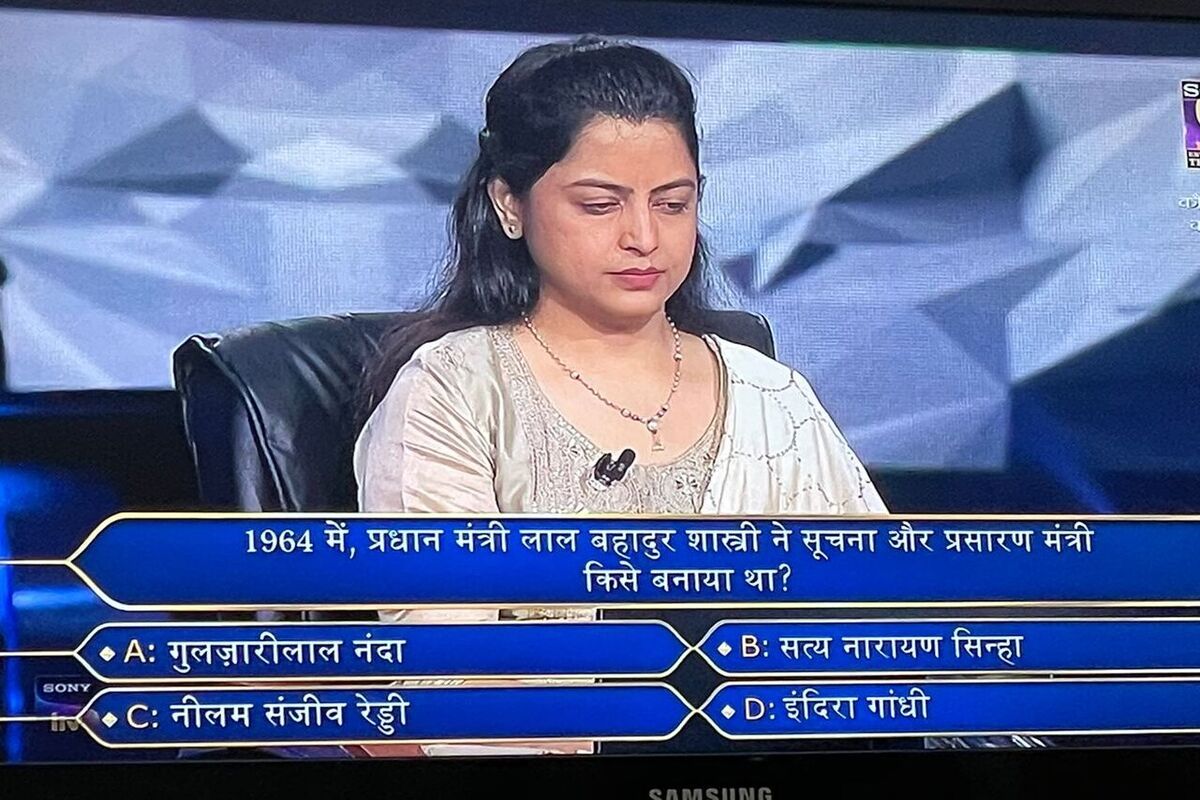 Presently, she teaches diplomacy to the school students, speaks at conferences, writes articles on Diplomacy and policy for publications. She wishes to travel the world now as she is retired now. After becoming an IFS officer, she married a civil engineer. Also Read – KBC 13: Neeraj Chopra Leaves Amitabh Bachchan In Splits With Haryanvi Spin To Iconic Dialogue ‘Main Aur Meri Tanhai’

Q. Which literary pair was created by Sarat Chandra Chattopadhyay?

A. Devdas and Paro

Q. Before becoming Chief Minister, Arvind Kejriwal had worked in?

Q. According to ancient Hindu scriptures, besides Devi Saraswati, the swan is also the mount of which deities?

Q. Which ‘unknown’ India’s autobiography is this?

Dr. Monika Gurupanchayan takes the hotseat. She is an IAS aspirant from Chhatisgarh. She left the career as a dentist to become an IAS officer to serve the society. She is currently preparing for civil services exam.

Q. Which prefix formed part of the former name of Bangladesh?

Q. A legend about which poet and dramatist is depicted here?

Q. Which billionaire would you associate the space tourism enterprise Blue Origin?

Q. This politician served as the chief minister of which state before resigning in March 2021?

Q. Which river does not originate in India?

Q. In 1964, whom did PM Lal Bahadur Shastri name as his Minister of Information and Broadcasting?

Q. Which planet is often referred to as an Ice giant?