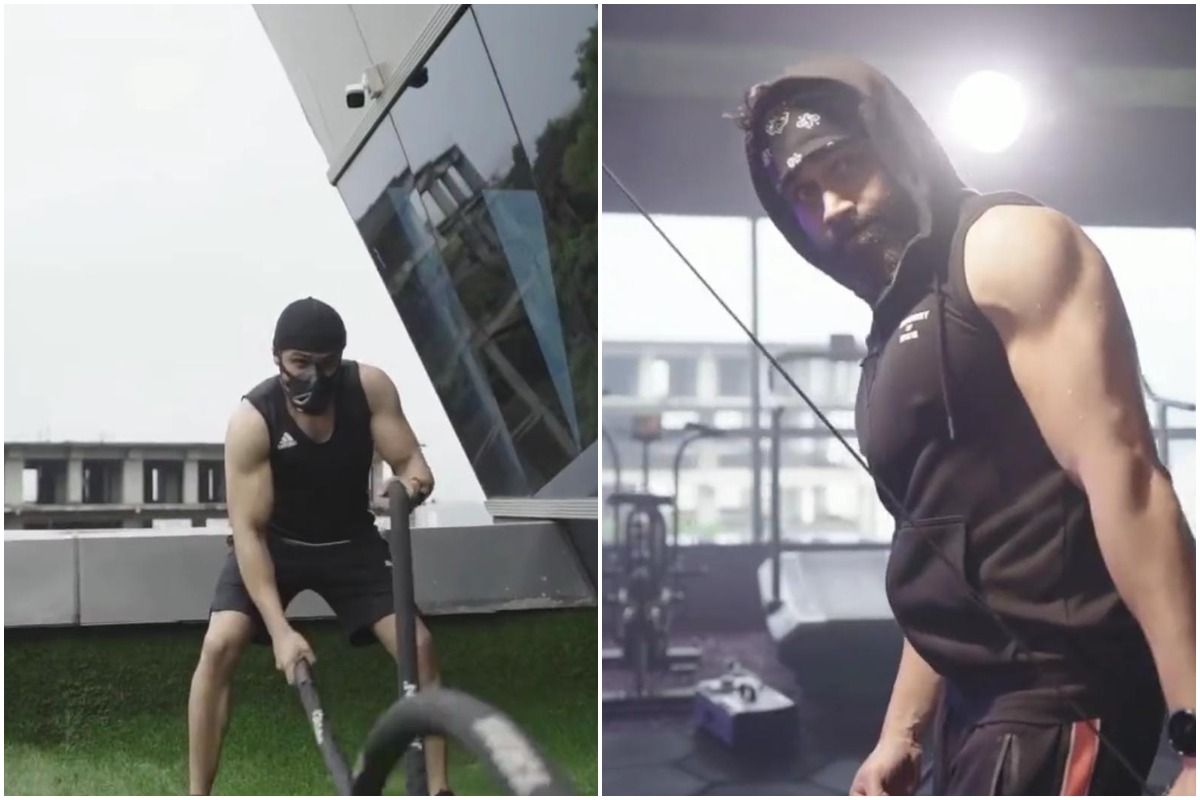 It was not long ago when Arshad Warsi’s massive body transformation had hit the headlines. This time it is Emraan Hashmi who is bearing the spotlight. In a recent Instagram post, Emraan took everyone to surprise with his new looks and his workout routine.Also Read – Tiger 3: Salman Khan-Katrina Kaif Wrap Up Shoot In Turkey, Fans Are All Excited

Instagram being the next stop for fashion and fitness, Emraan posted a video of his intense workout. His Instagram post read,” Dear Fat, prepare to die !!! (sic)” Along with it, he also added two fire emoticons. In the video, Emraan was practising vigorous workouts. Also Read – Chehre Review: Amitabh Bachchan Does ‘Parampara, Pratishtha, Anushasan’ All Over Again!

Check out the Video Here:

In the video, Emraan practised some serious workouts. He was seen practising some heavy weight lifting and performing stretches. The highlight of the video was practising battle rope and acing it like a pro. To make it look cool and fashionable, Emraan wore a black tee with black trousers. In some parts of the video, he was also seen wearing a black mask, acing the swag game. Also Read – Emraan Hashmi Reveals Who Tagged Him ‘Serial Kisser’ and Why He Is Sick of Being a ‘Guy Who Was Kissing All Heroines’

Emraan Hashmi is in for a treat. For his latest performance in the last film Chehre starring Amitabh Bachchan, he has received several compliments. The audience and the masses are now awaiting his new film. He will be in a character that is very different from his usual screen roles.

This video has sparked a lot of excitement among the fans. They are eagerly waiting for to see him Tiger 3. Helmed by Maneesh Sharma, Tiger 3 is the third instalment in the franchise. While Ek Tha Tiger was released in 2012, its sequel, Tiger Zinda Hai hit the screen in 2017. Both movies were box-office hits. Salman will reprise his role of RAW agent Avinash Singh Rathore aka Tiger, Katrina will be seen playing the female lead and Emraan Hashmi will play the role of a villain.