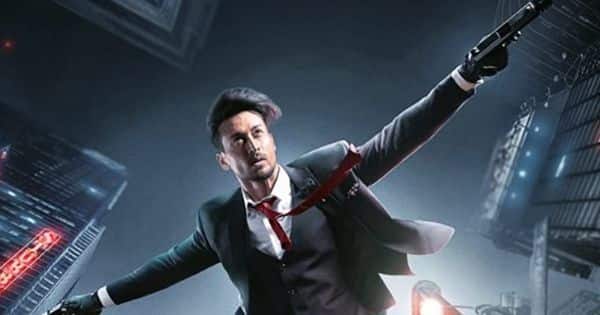 Tiger Shroff has an entire roster of exciting movies in his kitty. In fact, it would’ve be a stretch to call him one of the busiest young stars around, with movies like Baaghi 4, Heropanti 2 and Ganapath lined up, all playing to his strengths, all slated to push his stardom further among the masses, where he already enjoys a crazy fan-following. Coming to Heropanti 2, we were wondering how the makers are going to take the sequel forward and whether it would follow the template of Tiger Shroff’s erstwhile big hits, which have worked so well for him till now. To get more clarity on the topic, FilmDhamaka got in touch for an exclusive interview with the film’s writer, Rajat Arora, and he graciously revealed some vital details about the eagerly anticipated action movie. Also Read – Ayesha Shroff withdraws two FIRs against Sahil Khan over allegations of cheating and criminal intimidation

Opening up about Heropanti 2, Rajat Arora said, “It’s a very modern, very up-to-date film, very different from what we have done so far. We have tried to make it about modern problems and give it modern solutions, whatever is happening around us today. It’s not like some of Tiger Shroff’s other popular films (can’t reveal the name as he mentioned those films off the record), it’s very different from them.” Also Read – SAY WHAT! Tiger Shroff made Krishna Shroff believe she was adopted? Latter REVEALS a side of the Ganpath star that no one knows [EXCLUSIVE VIDEO]

Recently, Tiger’s sister, Krishna Shroff, revealed exclusively to us what a cerebral prankster he was in his younger days. “A 100% I was the more mischievous one, though, honestly, I wouldn’t play many pranks on him, but he would always mess with my head and tell me that I’m adopted and I genuinely believed him then when I was little. Every time he said it, I would believe him, it would make me sad and I would like, genuinely question it, (go running) to both mom (Ayesha Shroff) and dad (Jackie Shroff). I’d be like, ‘Hello…is this something you want to tell me?’ He was more of a cerebral prankster, which is way worse. So, yeah, there was a lot of that going on, but as it annoying as it was back then, I look back and laugh because it was all in good fun,” she had said. Also Read – Krishna Shroff reveals who’s fitter and who’s lazier between her and Tiger Shroff; shares VITAL fitness tips for those who can’t hit the gym [EXCLUSIVE VIDEO]

Now, if that doesn’t skyrocket your excitement for Heropnati 2, we don’t know what will.