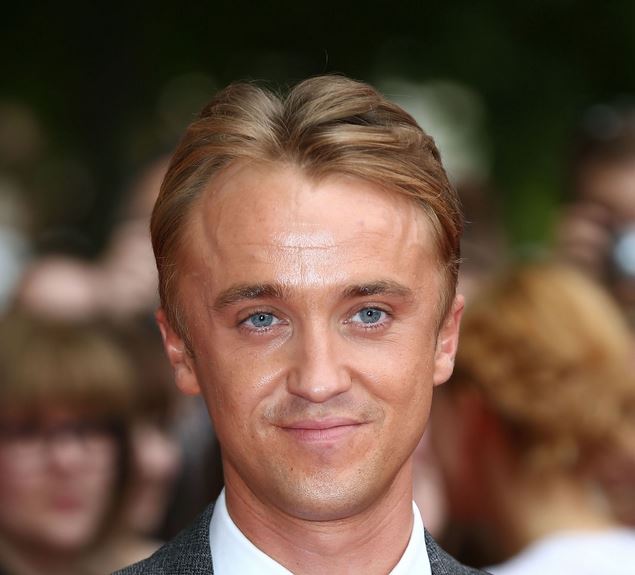 What is Tom Felton’s net worth?

Tom Felton is an English actor and musician, best known for playing Hogwarts student Draco Malfoy in the film adaptation of the “Harry Potter” novels. Tom Felton has a net worth of $20 million. Her other film credits include “The Borrowers,” “Rise of the Planet of the Apes,” “The Apparition,” “Feed,” and “Megan Levy,” among others. Felton has also appeared on television in such series as “Maze,” “Murder in the First,” and “The Flash.”

Tom Felton was born on 22 September 1987 in Epsom, Surrey, England as the youngest of four sons to Sharon and Peter. When he was a teenager, his parents got divorced. Felton went to Cranmore School in West Horsley until the age of 13, and then attended Howard of Effingham School. After developing an interest in singing during his youth, he joined their schools of choir, and was offered a position in the Guildford Cathedral Choir.

Felton began his acting career in commercials for companies such as Barclaycard and Commercial Union. In 1997, he made his feature film debut in the fantasy comedy “The Borrowers”, playing Peagreen Clock. The following year, on television, he lent his voice to the British drama series “Bugs”. In 1999, Felton appeared with Clive Owen in the television film “Second Sight” and in the biographical period drama “Anna and the King” as Louis T. Leonovance painted.

Felton has appeared in several films beyond the “Harry Potter” franchise. In 2008, he appeared in the horror thriller “The Disappeared”. Two years later, he made a cameo as himself in the comedy “Get Him to the Greek” and played a major role in the horror film “13Hrs”. Felton returned to blockbuster filmmaking in 2011 with his role as Dodge Landon in the science-fiction action film “Rise of the Planet of the Apes”. She later starred in the supernatural horror film “The Apparition,” the sports drama “From the Rough,” the period drama “Belle,” and the erotic thriller “In Secret.” In 2014, he starred as a US Navy airman in the World War II drama “Against the Sun”.

Felton ended one of his biggest years in 2016, starring in four films. Among them were the biblical drama “Rise” starring David Oyelowo and Rosamund Pike, the action thriller “Message from the King”, and the biographical romantic drama “A United Kingdom”. The following year, Felton played a US Army dog ​​handler in the biographical indie drama “Megan Levy” and also appeared in the films “Feed” and “Stratton”. Her later credits include the romantic drama “Ophelia”; the play “Breaking for Whales”; Netflix family horror film “A Babysitter’s Guide to Monster Hunting”; and the World War II drama “The Forgotten Battle”.

In 2008, Felton appeared in the British reality series “Adrenaline Junkie” alongside Jack Osbourne, participating in challenges such as bungee jumping and parachuting. Later, in 2013, she had a leading role in the historical mini-series “Maze”, based on the eponymous novel by Kate Moss. Felton portrayed Viscount Trencawell in the series, which also starred Vanessa Kirby and Jessica Brown Findlay. The following year, he had the lead role in the first season of the TNT crime drama “Murder in the First”, playing a young Silicon Valley prodigy who is accused of murdering his father and his mistress. Felton followed this up with two more major credits: first, he played the recurring role of Julian Albert and his alter-ego Alchemy in the third season of the superhero series “The Flash”. Subsequently, he played the lead role of Logan Main in the short-lived YouTube premium science-fiction series “Origin”.

As a musician, Felton owns an independent record label called Six String Productions. In 2010, he released his original song “Hawaii” on the label. He also posted some music videos on YouTube, and released the EPs “Time Well Spent,” “All I Need,” and “In Good Hands.” A new EP titled “YoOHoO” came out in 2021. Meanwhile, Felton’s singles include “Silhouettes in Sunsets,” “Time Ain’t Healing,” “If You Can Be Anywhere,” and “Holding On.”

From 2008 to 2016, Felton was romantically involved with stunt assistant Jade Olivia Gordon, who played Draco’s wife in “Harry Potter and the Deathly Hallows – Part 2”.

During the height of his “Harry Potter” fame in 2007, Felton visited a children’s hospital in Denver, Colorado, for a charitable event related to the fifth “Potter” film. Later, in 2011, he participated in the Red Nose Day telethon on BBC to raise funds for various charities.