Trending Hollywood news today: BTS gets nominated for American Music Awards for the 4th time, Gwyneth Paltrow shares she f**cks up parenthood all the time and more 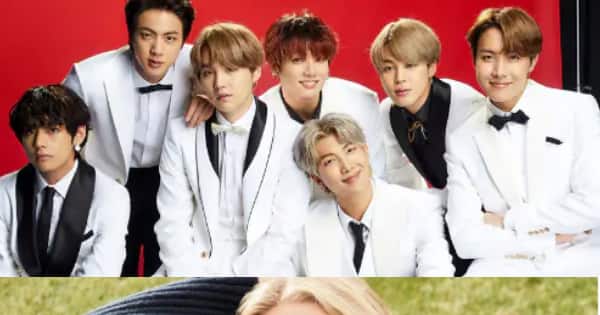 Trending Hollywood news today: BTS gets nominated for American Music Awards for the 4th time, Gwyneth Paltrow shares she f**cks up parenthood all the time and more

As the day comes to an end, here is a look at all the trending Hollywood news of today. BTS and their fans have a reason to be happy as the boy band has been nominated for American Music Awards in a few categories. Further, Gwyneth Paltrow grabbed attention as she spoke about parenthood and more. Read all the gossip here: Also Read – Trending Hollywood news today: BTS makes Butter its first official submission for Grammy Awards 2022, Jennifer Lopez and Ben Affleck make efforts to see each other amidst busy schedules and more

For the fourth time in a row, Korean Boy Band BTS has received nominations in American Music Awards. They have been nominated in ‘Favorite Duo or Group Pop/Rock’, ‘Favorite Pop Song’ for ‘Butter’ and ‘Artist Of The Year’ category. ARMY is definitely happy. Also Read – Amitabh Bachchan’s Coolie to Shah Rukh Khan’s Darr: Biggest accidents on Bollywood film sets where stars almost lost their lives

On Red Table Talk, Gwyneth Paltrow spoke about how she is not a perfect parent. She was quoted saying, “And so I just tried to be really conscious of letting them emerge as who they are and being loving and supporting, and I f–k it up all the time, you know? Like, I say the wrong thing. And especially right now ’cause she’s 17. Everything I say is wrong.”

READ ALSO |  Who is BTS' Jimin fondest of and closest to out of the Bangtan Boys? Only true ARMYs can guess

Chris Evans’ recently Instagram activity has once again brought attention to dating rumours with Selena Gomez. He shared a video whilst playing piano and in the background fans could see a shadow of a brunette. That has led to all the speculations of them being a couple.

As Jonas Brothers completed Remember This tour, Priyanka Chopra penned a heartfelt note for Nick Jonas. She shared a few pictures and wrote, “So proud of you @nickjonas ❤️❤️The goal is the Bowl! And you did it.
Congratulations on the wrap of the Remember this tour!”

Recently, a cinematography died due to a bullet fired by Alec Baldwin’s prop gun on the sets of Rust. It seems, the actor has been receiving a lot of hate because of the same. However, his daughter Ireland Baldwin has come out in support of him. Read her post here: