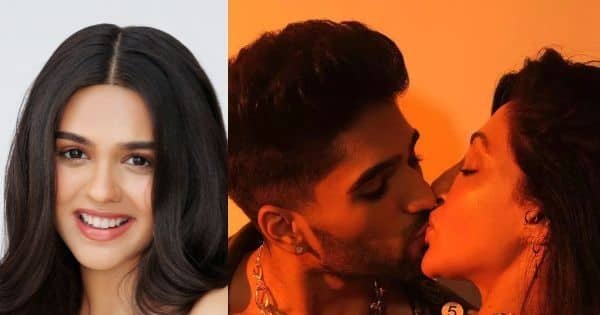 The day is about to end and hence we are back with all the important stories of from the television industry. From Pranali Rathod’s entry in Yeh Rishta Kya Kehlata Hai after Mohsin Khan – Shivangi Joshi’s exit to Zeeshan Khan announcing his relationship with Reyhna Pandit, here are the trending TV news of the day. Also Read – Pawandeep Rajan and Arunita Kanjilal’s romantic pictures from their first song shoot are a treat for #AruDeep fans

Mohsin Khan and Shivangi Joshi leaving Yeh Rishta Kya Kehlata Hai is undoubtedly the saddest news for fans. It has also been reported that post their exit, we will see new lead pair in the show who will take the story forward. This news has left fans disappointed as Mohsin and Shivangi have won hearts as Kartik-Naira/Sirat. Now, as per reports Barrister Babu actress Pranali Rathod has been approached to play the lead role post Mohsin Khan and Shivangi Joshi’s exit. Pranali has impressed the audience with her performance as Saudamini in Barrister Babu and as Suman in Jaat Na Poocho Prem Ki. In an interview with India Forums, Pranali Rathod confirmed that she has been approached for the role. She said, “Yes I have been approached for the show but nothing is confirmed yet.” Also Read – TRP Report Week 38: Rupali Ganguly-Gaurav Khanna’s chemistry makes Anupamaa win again, Taarak Mehta Ka Ooltah Chashmah sees a major drop

TV actor Zeeshan Khan, who recently garnered popularity with his stint in Karan Johar’s Bigg Boss OTT, has made his relationship official with Reyhna Pandit by posting an intimate pic, where the duo is sharing a sweet kiss. The actor wrote in an elaborate post, ”From my bestfriend to being the love of my life, from my happiness to being my peace of mind! You are everything i wished for and more! Each second i spend with you, every breath i take in your presence fills my heart with a love that’s only described in fairytales!” He added, “And yes i know there are people who have their doubts and feel this sort of love cant be true, but hey people usually dont believe what they think they cant have! And i wish everyone feels the love we do, coz somethin soo magical is nothing less than a fairytale! ‘YOU ARE MY GIRL AND IMMA TELL THE WHOLE WIDE WORLD, TELL EVERYBODY THAT YOURE MYYYYYYY GIRL! I LOVE YOU BABY BUNS!”. Also Read – Indian Idol 12’s Pawandeep Rajan, Arunita Kanjilal, Mohammad Danish and more singers life has completely changed post the finale; here’s how

Bharti Singh and Haarsh Limbachiyaa make for one of the most successful couples of the TV industry. While Bharti Singh’s comic timing is great it is Haarsh Limbachiyaa who writes lines for her. As a married couple too, they make for one of the most cutest and adorable pairs we have ever seen. But of course, trolls always find a reason to crib. There have been times when trolls have targeted Haarsh Limbachiyaa and stated that he is feeding on Bharti Singh’s popularity. In a recent interview, they have addressed the same. In an interview The Indian Express, Bharti Singh mentioned that it is not big a deal for them as they know how much they mean to each other. They stated that whatever the world says does not matter to them as they are very secure as a couple. She added, “While trolls may not understand our equation, people who we work with know that Bharti will speak the lines only when Haarsh pens them. We are incomplete without each other and create a dhamaal when we work together. I honestly love mouthing Haarsh’s scripts as he understands me best. We really don’t care what others feel as we are strong together.”

Indian Idol 12 has ended but the craze for Pawandeep Rajan and Arunita Kanjilal isn’t stopping. Fans have loved this singing duo and some even feel that they are dating each other. However, Arunita and Pawandeep have always maintained that they are just friends. But people want them to get married. Their duets are loved and now the two will be seen in a music video. A few pictures from their first music video have gone viral.