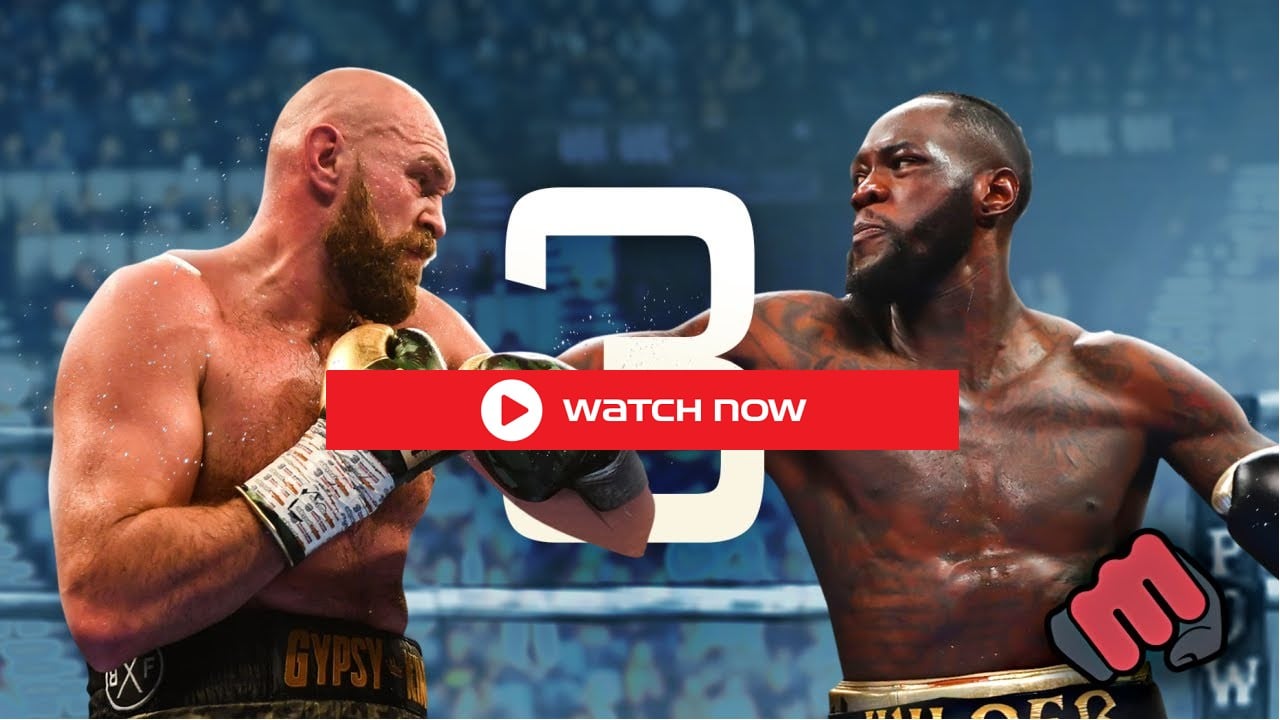 Tyson Fury vs Deontay Wilder 3 was originally slated to take place on July 24, but it will now take place on October 9. The last installment of the Fury vs Wilder 3 trilogy was set to be a blockbuster event.

Tyson Fury vs Deontay Wilder 3 is finally about to happen on Saturday, October 9 after yet another delay when Fury and members of his team tested positive for COVID-19 in early July 2021.

Fury and Wilder had been initially slated to meet in the second half of 2020 in their trilogy meeting – but when a final bid to stage it on December 19 failed, the game appeared to be up.

Fury “moved on” and instead signed up to meet Anthony Joshua twice in 2021 in huge unification fights. Which left Wilder very much on the outside looking in when it came to the title picture.

The trilogy fight between Tyson Fury and Deontay Wilder will now take place on Saturday, October 9, 2021.

Fury vs Wilder 3 will be another joint pay-per-view production in the United States between ESPN and Fox Sports.

ESPN has a five-fight deal with Fury worth a reputed £80million while Fox has a deal with Wilder’s promoter, Al Haymon’s Premier Boxing Champions (PBC).

The fight will be shown by BT Sport Box Office in the UK. The network has shown all of Fury’s recent fights and has a strong relationship and contract with Warren’s Queensberry Promotions. You can access a Wilder vs Fury 3 live stream on all major accepted devices only by signing up for the official pay-per-view with BT Sport. You can stream the fight on the BT Sport Box Office app.

Not surprisingly given the manner of his victory in the rematch, Fury is a strong favorite to defeat Wilder for a second time.

UK bookmakers have ‘The Gypsy King’ as a best-priced 4/11 to retain his WBC, Ring magazine, and lineal heavyweight titles. Wilder meanwhile is very much the outsider and is biggest at 5/2.

The draw – obviously not impossible given the outcome of the first fight – is a best-priced 28/1.

Meanwhile, in the United States Fury is a best-priced -275 to prevail again while the best price about Wilder is +250.

The weigh-in for Fury vs Wilder 3 will be held in Las Vegas on Friday, October 8, 2021. It could again provide a real clue to what might happen on fight night.

Fury vs Wilder 2 brought plenty of interest at the weigh-in as both men came in significantly heavier than they had for the first meeting. Fury was 273lbs – 17lbs more than the first meeting and the third heaviest of his career.

Wilder meanwhile weighed in at 231lbs – the highest of his career to date.

Clearly, the extra weight suited Fury better as he showed off a more aggressive game plan than in the first bout, while Wilder appeared listless in comparison.

While the final PPV buys a figure of 850,000 in the United States for the rematch was seen as slightly disappointing to many observers given the might of a joint ESPN/Fox promotion, the fighters still did pretty nicely out of it.

According to Forbes’ list of the biggest-earning athletes in the last 12 months, Fury took home a whopping $26million (£21million) for a very successful night’s work. The majority came from PPV upside. Wilder meanwhile pocketed around $25million (£20million).

In theory – despite the one-sided nature of their second fight – the trilogy when it happens should rake in even more revenue with Fury having only boosted his profile in the United States.

Tyson Luke Fury was born in Wythenshawe, Manchester on August 12, 1988, and now resides in Morecambe, Lancashire. He has enormous physical tools (amazing when you consider he weighed just one pound at birth).

He now stands 6ft 9ins tall with a reach of 85 inches. His father John, also a boxer, named him after former world heavyweight champion Mike Tyson.

Fury has lived up to his name and remains unbeaten as a pro at 30-0-1, 30 victories, and one draw in a total of 31 bouts. Twenty-one of Fury’s victories have come inside the distance.

Despite that devastating defeat by Fury in February, Wilder still boasts a stellar resume. He has a professional record of 42-1-1, 42 victories, one draw, and one defeat.

Wilder has often come in for criticism from experts. They believe he is not only unorthodox but also technically a very limited fighter.

On more than one occasion Wilder has gone into the later stages of fights needing a knockout. Most recently that rematch win over Luis Ortiz. Until the rematch with Fury, he had always managed to find it.