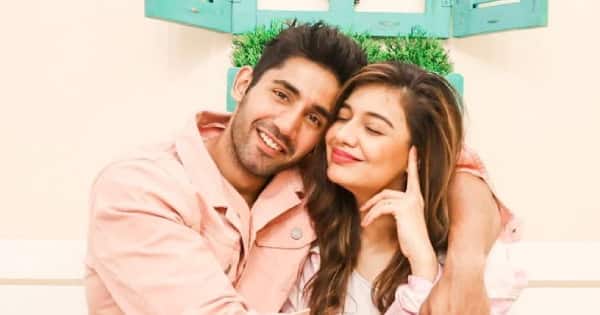 There is a lot of buzz around Bigg Boss 15 as the show is all set to begin from October 2. It was just yesterday that Bigg Boss 13’s Devoleena Bhattacharjee and Arti Singh confirmed the names of some of the participants of Bigg Boss 15. Shamita Shetty, Nishant Bhatt and Pratik Sehajpal of Bigg Boss OTT are set to enter the house, while Asim Riaz’s brother Umar Riaz and actress Donal Bisht are also going to be the participants. But what about Bigg Boss OTT winner Divya Agarwal? A lot of fans are wondering if she is going to be a part of it or not. BF Varun Sood recently commented on the same and ruled out the possibility of her entry. But he got termed as arrogant. Also Read – Bigg Boss 15: Salman Khan talks about his relationship that has lasted the longest and we bet you won’t be able to guess

On Twitter, he replied to a netizen asking about Divya Agarwal’s entry in Bigg Boss 15. He stated that why will she enter the house to compete with the people who she has already defeated. Over the same, someone called him arrogant. A tweet read, “arrogance is not good bro!!!!!!” Replying to the same, Varun tweeted, “Yeh toh satye hai.” Also Read – Bigg Boss 15: From the reality show’s duration to the punishments and facilities – Salman Khan REVEALS all that’s new this season

Earlier, it was Divya Agarwal who had spoken about her possible entry into Bigg Boss 15. She had stated that she has not been approached by the team as yet. To TOI, she had said, “I haven’t got any call for Bigg Boss 15. I think the show has just ended so everyone is on a relax mode. But I am ready if I get a call, I will do it. I am in that winning zone, I will take up the show. Though I am scared of host Salman Khan, I don’t mind doing Bigg Boss 15.” Also Read – Bigg Boss 15: Salman Khan requests the makers of the reality show to increase his pay! Here’s what he said