Vicky Kaushal wouldn’t have been in Sardar Udham if he had not done THIS film, reveals director Shoojit Sircar 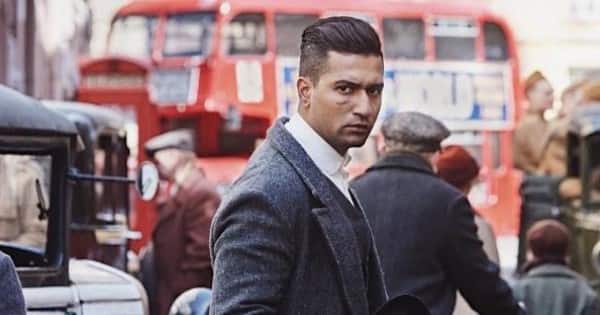 Vicky Kaushal wouldn’t have been in Sardar Udham if he had not done THIS film, reveals director Shoojit Sircar

The trailer of Vicky Kaushal starrer Sardar Udham was released recently and we saw fans showering praises on the lead actor for his powerful act. While we are excited to watch this film, which is premiering on Amazon Prime Video on October 16, director of the film, Shoojit Sircar shared an interesting anecdote that since he loved Vicky’s performance in one film, he decided to cast him in Sardar Udham and it’s not Uri: The Surgical Strike. Yes, the filmmaker loved his performance in Masaan. Also Read – Sardar Udham Trailer: Vicky Kaushal and director Shoojit Sircar FINALLY REVEAL the truth about the title change

Speaking at India Today Conclave 2021, the filmmaker said, “I have not seen Uri. I want to thank Vicky for choosing to do Masaan, otherwise, he won’t be doing Sardar Udham. He has a little bit of Punjabi in him and I wanted that. I wanted somebody on my page. I needed somebody who can really understand the part. With Vicky, there was passion and focus.” Sharing his experience of shooting this project, he added, “I have no experience in creating an era. Most of the film is shot in London. It is funny that I had never visited London before this. So, everything was based on archaic footage, documentaries from the BBC films, national archive photos. I only remember Richard Attenborough’s Gandhi. So, in the Jallianwala Bagh scene, you will see a resemblance to Gandhi”. Also Read – Sardar Udham: Fans feel Vicky Kaushal will again bag a ‘National Award’ for his finest performance as a revolutionary in Shoojit Sircar’s directorial

Talking about Sardar Udham Singh, it is based on the life of a freedom fighter named Udham Singh, who shot Brigadier-General Reginald Dyer, Michael O’Dwyer, the lieutenant governor of Punjab, dead to avenge the infamous Jallianwala Bagh Massacre of 1919. The film also features October fame Banita Sandhu in a lead role. It is produced by Sheel Kumar and Ronnie Lahiri. So, are you excited for this engaging and intriguing period drama? Tweet to us @bollywood_life. Also Read – October and Adithya Varma actress Banita Sandhu tests positive for COVID-19; refuses to get admitted in a government hospital