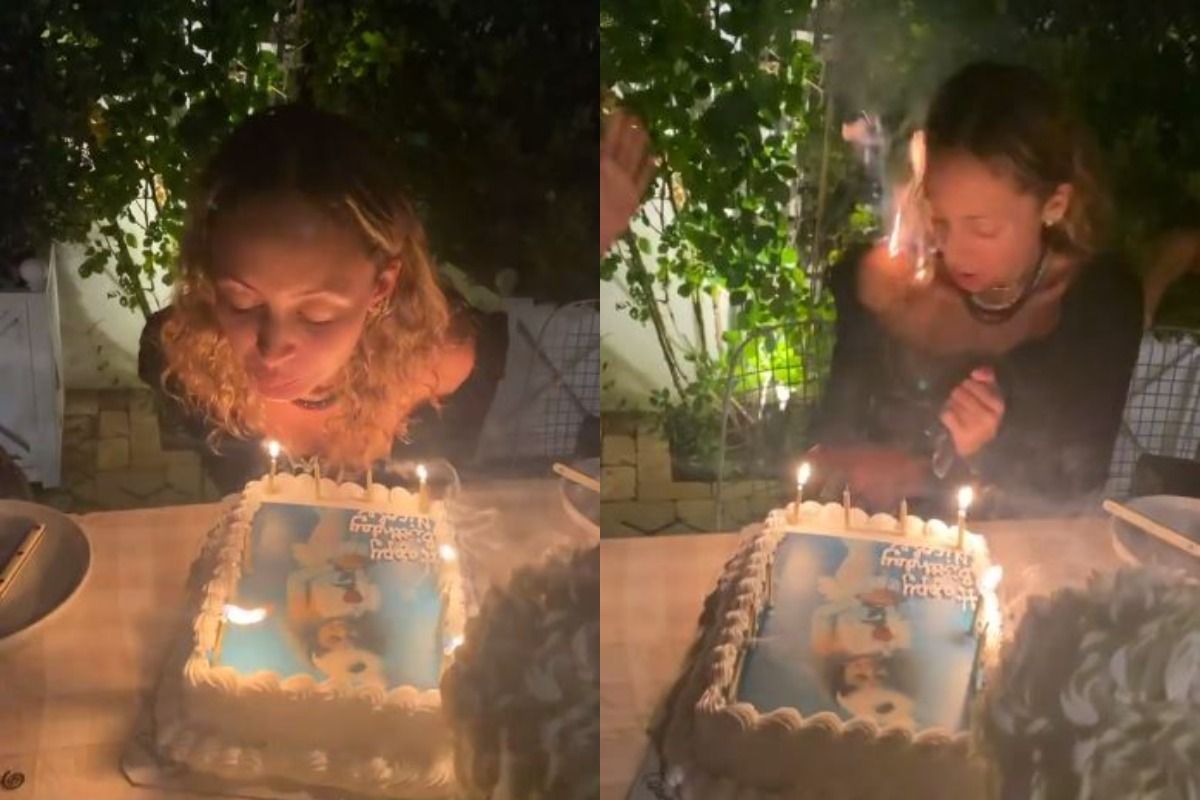 Viral Video: American television personality Nicole Richie was having a grand birthday celebrations until she lit her hair while blowing birthday candles. A video from the party has gone viral where the flames caught the tip of her hair. The incident happen when Nicole was celebrating her 40th birthday and it took a dramatic turn when she was blowing out the candles. She then began to scream in fear, as the flames increased in size and she desperately tried to put them out using her hands.Also Read – Viral Video: Grandma Commands Alexa to Sing Ganpati Bhajan in The Most Adorable Way | Watch

Nicole, who was seen in Simple Life, was also helped by her friends and family, who had joined her for the celebrations, and no-one was seriously hurt in the incident. She posted a video clip of the scary moment on her Instagram page and captioned it as: “Well so far 40 is.” Also Read – ‘Chalo Bhai Vaccine Vaccine’: Man Promotes Covid Vaccination at Bus Stop in Hilarious Way, Leaves Internet in Splits | Watch

Some of her friends quickly took to Instagram to respond to the dramatic video, and to ask whether she was now doing bettee. Naomi Campbell said: “Happy birthday Cuz, are you ok Cuz. ? May reign on is all with hearts and cake emojis.” Also Read – Saree Row: Delhi’s Aquila Restaurant Issues Statement, Claims Woman Abused & Slapped Staff | Watch

Have a look at the viral birthday video of Nicole Richie