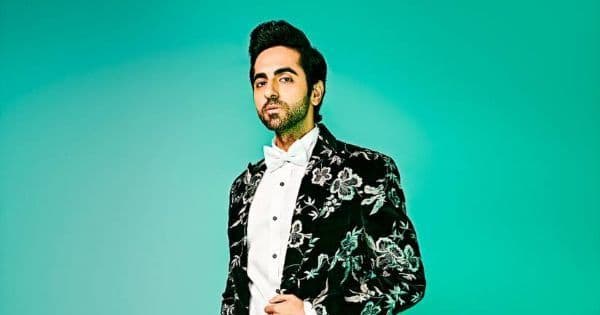 Ayushmann Khurrana currently seems like a man who can do no wrong. After giving seven hits in a row – Bareilly Ki Barfi, Shubh Mangal Saavdhan, Andhadhun, Badhaai Ho, Article 15, Dream Girl, Bala – and not delivering a single flop dating back to 2017 (Shubh Mangal Zyada Saavdhan can’t be counted as an outright hit and there are no proper figures for Gulabo Sitabo as it was an OTT release), he’s been christened as the actor with the Midas touch at the moment in Bollywood. However, did you know that before cultivated said Midas touch, he almost had become persona non grata in the industry by his own admission. Today, on Ayushmann Khurrana’s birthday, 14th September, we’ve decided to take a trip down memory lane when the star himself revealed that he had all but given up on his Bollywood dream. Also Read – Trending OTT News Today: Sonia Rathee’s heartfelt post for Sidharth Shukla, Alvaro Morte’s epic reaction after watching Money Heist 5 and more

The revelation had come during a promotional interview for Dream Girl, smack bang during his on going golden phase. Now any Bollywood fan worth her / his salt would know that after his successful debut with Vicky Donor and before his mini-renaissance began courtesy Dum Laga Ke Haisha prior to the onset of his golden phase, Ayushmann Khurrana had suffered one heavy setback after another in the form of three huge disaster at the box office – Nautanki Saala, Bewakoofiyaan, Hawaizaada. The problem was that all three movies were also critically panned, so he didn’t even have the cushion of the appreciation of reviewers to fall back on like several actors these days use as a crutch despite the audience flat out refusing to see their so-called critical darlings. Plus, these massive bumps in his fledgling career had occurred when he was still wet behind his ears, with just his successful first film to hold on to. Also Read – Trending OTT News Today: Welcome to the Blumhouse teaser screams scary, Nithiin’s Maestro to release on Disney+ Hotstar and more

When asked about his mental space at the time during the interview, Ayushmann disclosed that he was so disheartened that he imagined his Bollywood career to be all but over, and began looking toward alternate means of livelihood, like his musical talent to fall back on. In fact, he confessed to rejoining his old band, with whom he began touring college fests and other events for musical gigs, and it was not until Dum Laga Ke Haisha worked, followed by Bareilly Ki Barfi (he suffered another setback between these two releases courtesy Meri Pyaari Bindu, that he felt he could make a legitimate career as an actor. Also Read – From Andhadhun to Drishyam: 5 Bollywood murder mystery movies to watch today on Netflix, Amazon Prime Video, Disney+ Hotstar and more