Who is BTS’ Jimin fondest of and closest to out of the Bangtan Boys? Only true ARMYs can guess 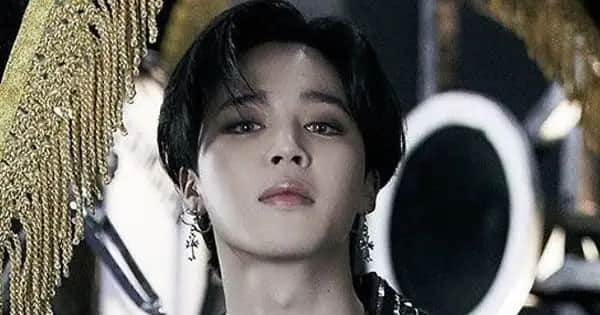 Who is BTS’ Jimin fondest of and closest to out of the Bangtan Boys? Only true ARMYs can guess

BTS’ Jimin aka Park Jimin turns 26 today (13 October, 1995). The songwriter, singer and dancer made his debut in 2013 with the Bangtan Boys and he is one of the most loved members out of the septets. His distinctive voice has always impressed ARMYs and some of his solo songs are much loved. But today on his birthday, we are not talking about his work, his singing or his dancing – but his amazing bonds with the rest of the Bangtan Boys. Also Read – BTS: Jin hitting the gym has got ARMY very excited – see reactions

He is called “Jungkook’s Mom”! Here’s why:
Well, ARMY knows that Jimin is fondly also addressed as Jungkook’s mom. But did you know why? Well, Jungkook is the youngest member of the group and that makes every other band member a little protective about him. But Jimin is so expressive, that he doesn’t mind caring and obsessing openly over Jungkook. And this endearing quality has won him the title of Jungkook’s Mom. Wow! Doesn’t everyone deserve a friend like that? Also Read – Trending Hollywood news today: Kourtney Kardashian-Travis Barker’s PDA in Disneyland, Big shocker for BTS-Coldplay’s My Universe and more

The one who has seen Jimin’s vulnerable, weakest side: Also Read – BTS, Blackpink and more K Pop stars recommend their favourite K Dramas you should binge-watch

All the BTS band members are quite close to each other. However, it is J-Hope with whom Jimin shares his room with and being roommates, the two have seen the best and worst of each other. J-Hope has seen Jimin’s most vulnerable and weak side as well. And they have been each other’s strengths at such times.

READ ALSO |  ARMY showers love on Jimin after he gets nervous on UNGA stage, Jeezy and Jeannie Mai set to become parents and more

On top of his list of likes is:
Well, this should be easy. It is Jungkook. He loves him to bits. Apart from that, he loves performing and getting attention. We are sure ARMY doesn’t let there be any dearth of that.

Who is his soul brother? Well, he has two!
Jimin shares an endearing bond with Jungkook and is close to J-Hope but he thinks his personality is similar to that of RM. Another one who comes close to how he is, is J-Hope.

Well, Jimin is not just a great singer, dancer and songwriter but also an interesting personality. What say, Army?

Bonus Trivia: Singer Rain is Jimin’s role model. Although Jimin liked dancing from a young age and used to dance the popping style in middle school, it was after he saw Rain’s performances that he too wanted to perform onstage. Big Bang’s Taeyang is another role model that Jimin ardently follows.