‘Who the hell are you?’ When an angry Kareena Kapoor Khan shouted at Dia Mirza leaving her ‘very upset’ 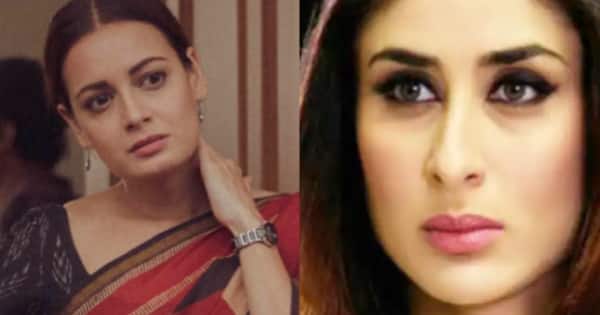 ‘Who the hell are you?’ When an angry Kareena Kapoor Khan shouted at Dia Mirza leaving her ‘very upset’

We have heard of many catfights in Bollywood. For a very long time, everybody believed in the notion that no two Bollywood actresses can be friends. There have been times when gossip mongers have munched on rumours of two Bollywood divas unable to eye-to-eye. But rarely have divas accepted this in public. This Flashback Friday, we take a rewind to the time when Dia Mirza actually accepted about having a fight with Kareena Kapoor Khan. Also Read – Akshay Kumar is lost and distraught at mother Aruna Bhatia’s funeral – these pics will break you heart

Talking to Rediff, Dia Mirza had shared about an incident when Kareena Kapoor Khan had shouted at her at an event in Lucknow. Kareena, Dia, Namrata Shirodkar and Urmila Matondkar had to attend this event wearing Salwar-Kameez with national flag, however, Bebo wanted to wear the attire she show. Dia was quoted saying, “Kareena wanted to a wear ghagra choli with heavy jewellery that she had got specially made for herself. Above all, she was not wearing the national flag. Namrata [Shirodkar] was quite upset seeing Kareena was not abiding with the required uniformity. I told Namrata to pick up her outfit and walk out, so that we could sort it out privately.” Also Read – Made In Heaven 2: Jacqueline Fernandez, Dia Mirza and more gorgeous B-town ladies to star in season 2 of the Amazon Prime Video series?

The Rehnaa Hai Tere Dil Mein actress then revealed how Kareena yelled at her leaving her upset. “Suddenly, something struck Kareena. She started screaming at me at the top of her voice, ‘Who the hell are you? Who are you to advise Namrata?’ I was flabbergasted and very upset. I left the room, without retorting,” she said. Also Read – 7 times Salman Khan proved he is a man with a golden heart by helping these Bollywood divas professionally and personally

Then Dia Mirza shared what she derived from this incident. “I have come to the conclusion that Kareena is a girl who does not realise when she is irrational, unfair and loud,” Dia said.

READ ALSO |  Kamya Panjabi slams Sneha Wagh for revealing her second husband tortured her; slams her fans saying, 'You expect me to keep my mouth shut knowing the truth'

Well, the ladies have berried the hatchet and are friends again. Bebo had event congratulated Dia after she delivered a baby boy recently.