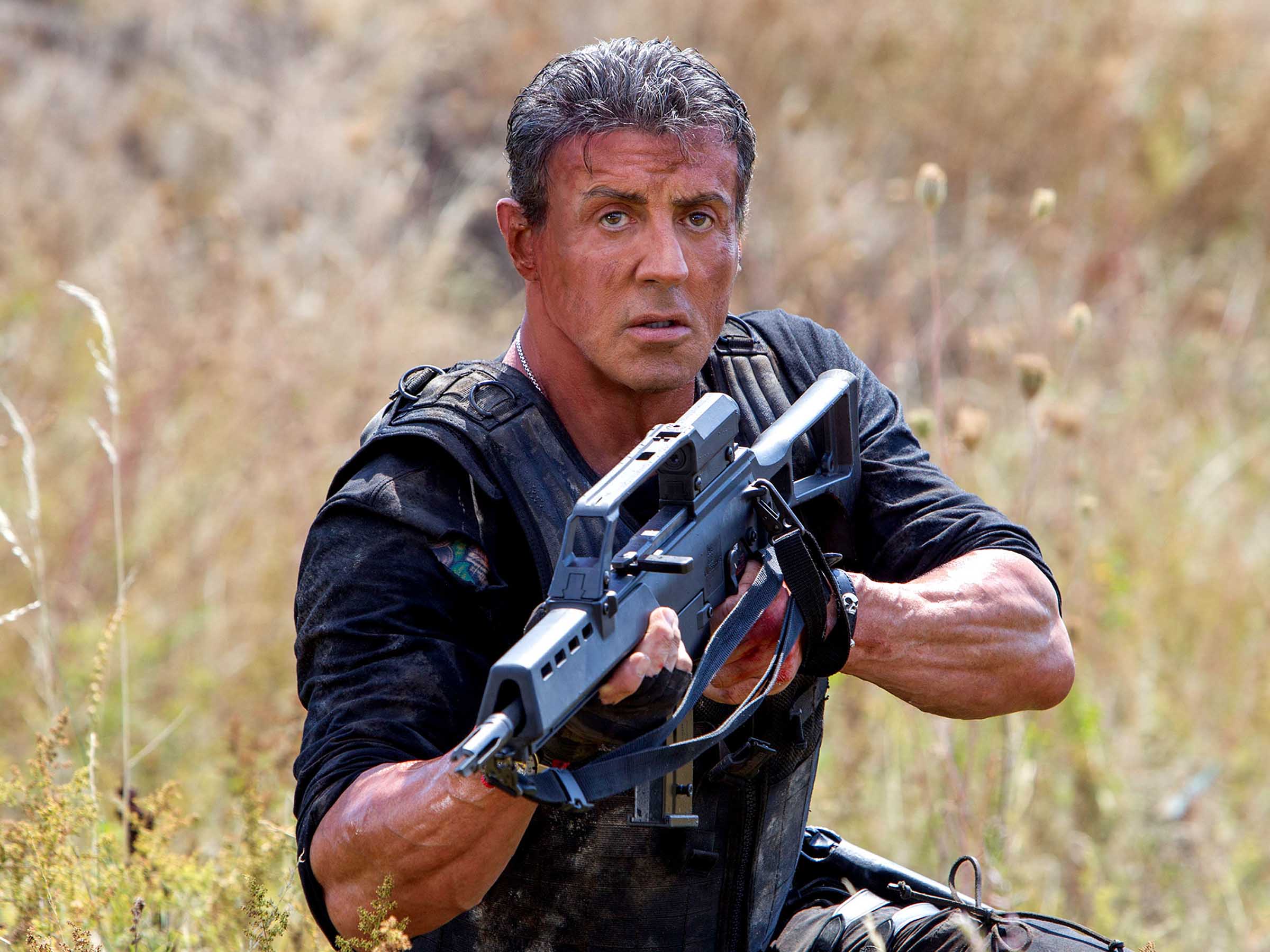 The latest entry in Sylvester Stallone’s The Expendables franchise is officially on its way, and it is going to bring some huge new stars to the ridiculous action series. In 2010, The Expendables assembled a cast that included some of the biggest names of the action genre in one film. Stallone wrote & directed the film which included Jason Statham, Jet Li, Dolph Lundgren, Mickey Rourke, and Steve Austin.

The sequels in 2012 & 2014 continued to raise the stakes, adding the likes of Chuck Norris, Jean-Claude Van Damme, Bruce Willis, Arnold Schwarzenegger, Harrison Ford, Mel Gibson, and Kelsey Grammar to the cast. Now, a fourth film is promising to add some interesting new names.

Lionsgate has announced that Megan Fox, Tony Jaa, and 50 Cent are joining the cast for The Expendables 4. The latest entry in the franchise is set to start production this fall, no release date has been announced.

Megan Fox recently starred in Midnight in the Switchgrass with Expendables alum Bruce Willis. Willis played a CIA operative in The Expendables 2, but did not return to the cast for the third film, likely due to a disagreement over money. Fox is of course the star of the cult classic Jennifer’s Body, as well as the Transformers & Teenage Mutant Ninja Turtles movies.

Curtis Jackson, also known as 50 Cent, is no stranger to working with Sylvester Stallone. Jackson has appeared alongside Sly in all three Escape Plan films. Jackson has also produced & acted in Power as well as it’s sequels on Starz.

The Expendables 4 has been planned for a long time. In 2014, Sylvester Stallone publicly stated that he wanted Jack Nicholson to play the film’s villain.

Sly also tried to convince Clint Eastwood to join the production. It was announced that former James Bond Pierce Brosnan had agreed to appear in The Expendables 4. Stallone suggested that it could be the final film in the franchise.

This production fell apart in 2017 due to creative differences about the future of the franchise with Stallone. Later in 2018, it appeared that the project would begin again. Stallone announced that he was working on a new script, Schwarzenegger announced that he would like to return to the series, and Jean-Claude Van Damme pitched an idea for returning as the brother of his departed character Claude Vilain.

The Expendables 4 is finally set to begin shooting this fall after more than a year of delays due to the COVID-19 pandemic. Stallone, Jason Statham, Dolph Lundgren, and Randy Couture are set to reprise their roles. Stallone has suggested that this may be the first of a new Expendables trilogy so hopefully more completely bonkers old man action is in our future.

What do you think about the new additions to the cast of The Expendables 4? Are you looking forward to the new film? Let us know in the comments below!