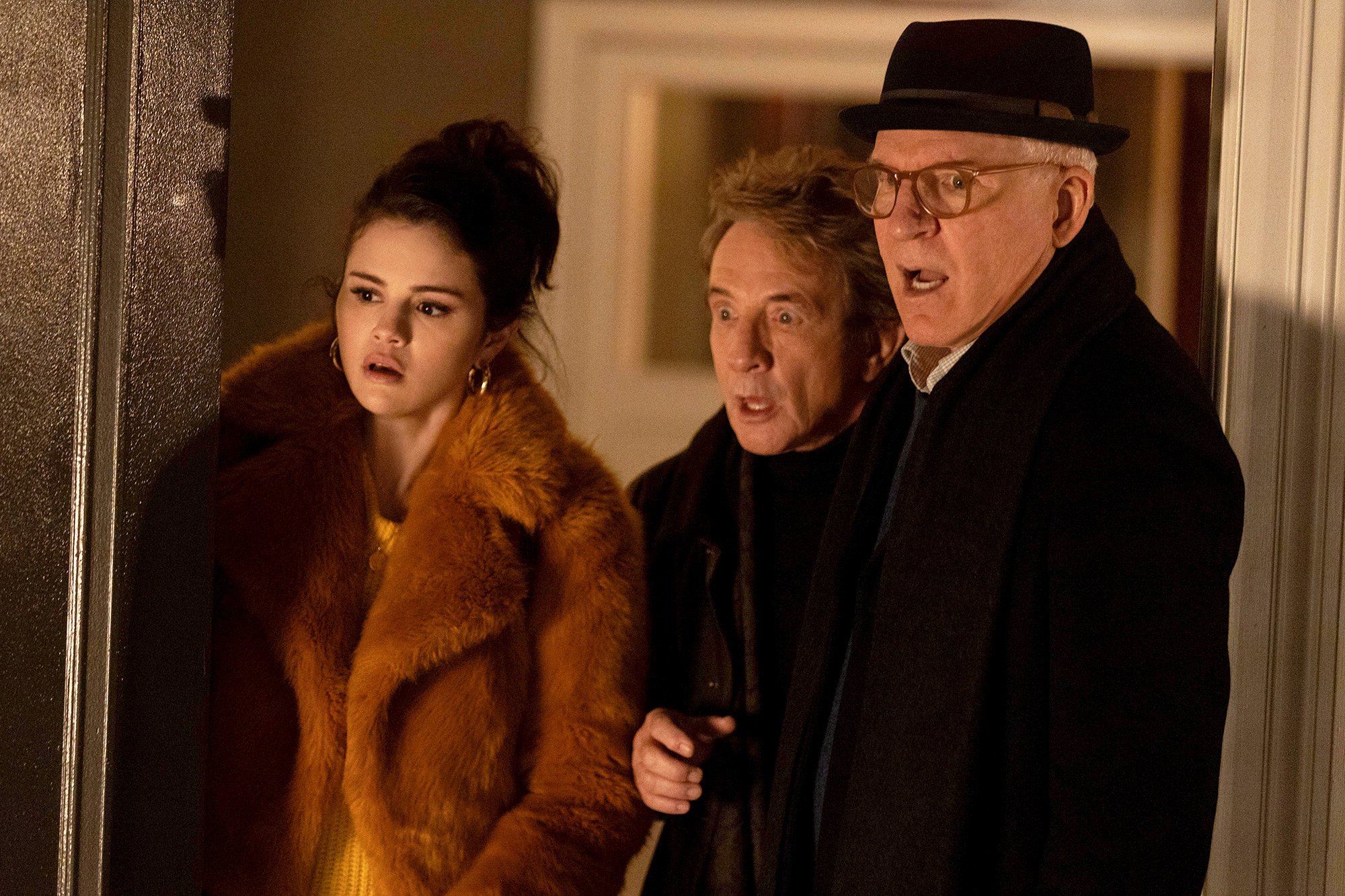 Selena Gomez, Steve Martin, and Martin Short are teaming up for the new Hulu series Only Murders in the Building. This comedy series love letter to true crime follows three fanatics of the genre (Gomez, Martin, and Short), who get embroiled in a real-life true crime story that’s taking place in their building. Now, they just need to figure out each other and who the killer really is.

The Hulu comedy series promises big laughs involving some seriously funny folk. Selena Gomez, Steve Martin, and Martin Short are all comedic talents in their own right. So it’s going to be interesting to see what happens when the series premieres. If you’re curious as to whether or not you should check out the series, then see these Twitter reactions from people who know what they’re talking about.

#OnlyMurders is absolutely wonderful. Yes, I’ve waxed lyrical about a lot lately and my hero always gets a pass, but this was delightful. Droll, biting, funny, sharp and moving, Martin and Short are fab but Selena Gomez is superb. Production design FLAWLESS. @OnlyMurdersHulu pic.twitter.com/3RH9bZVrTS

Congrats @selenagomez u have always been funny and sarcastic like us brits … you fit right in with Steve and #Martin #Onlymurders highly recommend entertaining as hell 🥳 pic.twitter.com/HD8VROWTW8

Holding her own with Steve Martin and Martin Short

Good for you, Selena!

I loved Hulu’s #OnlyMurdersInTheBuilding, with Selena Gomez, Steve Martin, and Martin Short as would-be true crime podcasters. Like Galaxy Quest or Princess Bride, it’s a parody that also works as a great example of the thing it’s parodying. My review: https://t.co/szJls5LYZK pic.twitter.com/IV4e1OLw3q

A hard to strike a balance

Excellent parody of the genre that it’s parodying.

I’ve watched eight episodes of #OnlyMurdersintheBuilding with @selenagomez, @SteveMartinToGo, and Martin Short. It’s simply incredible. One of the best things I’ve watched in quite a while. Fun, mystery, murder, and more all wonderfully wrapped up into one show. Watch on 8/31!

We need some fun in our lives, to be honest.

sidebar: the #onlymurdersinthebuilding reviews are all good so far, basically says it is great as a comedy & fair as a murder mystery & that is fine by me. pic.twitter.com/3FxhSaueM6

Listen, it’s hard to balance comedy and murder mystery. So good on them for nailing it.

#OnlyMurdersInTheBuilding loses some steam after an intriguingly strong start, but the talented cast lead by a fantastic Martin Short keeps you from exiting the building prematurely. An easy to binge parody on true crime podcasts that’s the right amount of silly and clever. pic.twitter.com/JOq1j0Axvq

Despite losing a bit of steam, it sounds like the combination of Steve Martin, Martin Short, and Selena Gomez is a winning one.

I loved #OnlyMurdersInTheBuilding. Just like Netflix’s American Vandal, it provides a fantastic parody, while building an intriguing mystery of its own. I really hope we get a second season.

#OnlyMurdersInTheBuilding is a very fun whodunnit with a pretty iconic trio. Who would have thought that Steve Martin, Selena Gomez, and Martin Short would be the trio we didn’t know we needed? It has a very modern concept w plenty of twists along the way. pic.twitter.com/VSxQGGF0PH

Look at them go

Now we’re ready to see this trio in action.

#OnlyMurdersInTheBuilding is essential fall television viewing. It’s the TV equivalent of curling up under a blanket with a nice cup of tea. Jovial, funny, and intriguing, with just a touch of darkness to cut the sweetness.

Tea? Check. Blanket? Check? Only Murder in the Building? Check.

Fluently melding the suspense of Hitchcock, the twists of Christie, and the whimsy of Allen, #OnlyMurdersInTheBuilding is your next great watch.https://t.co/ido1Y0OrzR

Drop the names of all the greats, apparently.

Only Murders in the Building will premiere on Hulu on Aug. 31.