‘You should be ashamed of yourself’ Netizens slam Afsana Khan for her ‘disgusting’ behaviour; demand Bigg Boss to throw her out 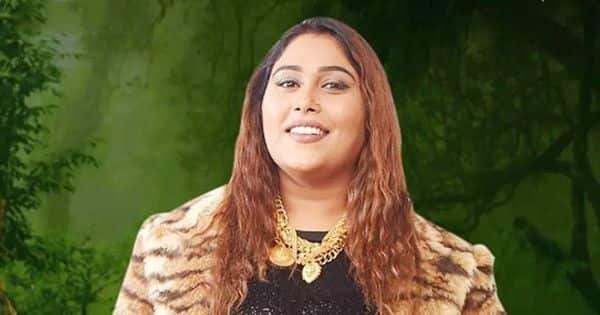 ‘You should be ashamed of yourself’ Netizens slam Afsana Khan for her ‘disgusting’ behaviour; demand Bigg Boss to throw her out

Bigg Boss 15 saw a hectic day today. The task for junglewasis to get inside the main house continued today and we saw Tejasswi, Jay, Vishal and Akasa entering the main house. Now, the number of people in the main house has grown and hence it became difficult for the junglewasis to make the pathway. Today, we saw the way Afsana was getting physical when the pathway pieces were given by Bigg Boss to the junglewasis. She was trying to save the pieces from Akasa who is now a part of the main house. But Afsana got aggressive and tore Akasa’s top. When Akasa asked her not to pull and tear her clothes, Afsana in return said that Akasa usually keeps her buttons open but when she pulled it Akasa has a problem. This comment was not like by people in the house. Tejasswi and Shamita opposed Afsana for this but she went on using abusive words for them too. Also Read – Bigg Boss 15, Day 13, Live Updates: Tejasswi Prakash, Vishal Kotian, Jay Bhanushali and Akasa Singh enter the main house

Afsana called Shamita ‘buddhi aurat’ and that now her time has expired. She called Tejasswi the naukrani of the house. Afsana’s disgusting behaviour was not liked by many in the house and even her own team members asked her not to say such things. Fans have now slammed Afsana for this rude behaviours. They have called her shameless and disgusting. Fans have also asked Bigg Boss to throw Afsana out of the house. Take a look: Also Read – Bigg Boss 15: Asim Riaz SLAMS Simba Nagpal for his ‘you are jealous of your brother’ remark to Umar Riaz

I honestly don’t like Shamita but after watching this,I feel for her yaar,the way she was crying,I felt that in my heart…Stay strong girl?#AfsanaKhan u shud be ashamed of yourself… DISGUSTING.
BIGG BOSS NEEDS TO THROW HER OUT #BiggBoss15 #BB15 https://t.co/A4pZvnaA3L

Guys we have the Tehseen poonawala of this season?#BiggBoss15 #bb15

Thank you @BeingSalmanKhan for showing #AfsanaKhan her true face!!! She seriously deserves to be thrown out of the show , just like Priyanka Jagga! Anyone else in #ShamitaShetty ‘s place would have broken down mentally MORE POWER TO SHAMITA #BIggBoss15 #BB15 @ColorsTV @BiggBoss

To be honest I don’t feel like defending #ShamitaShetty against #AfsanaKhan I mean everyone is sensible enough to know that who was wrong in today’s fight & those who think afsana is right they need some serious conselling bc their brain is underdeveloped.#BB15

READ ALSO |  Bigg Boss OTT winner Divya Agarwal opens up on being part of Bigg Boss 15; says, 'I am scared of Salman Khan'