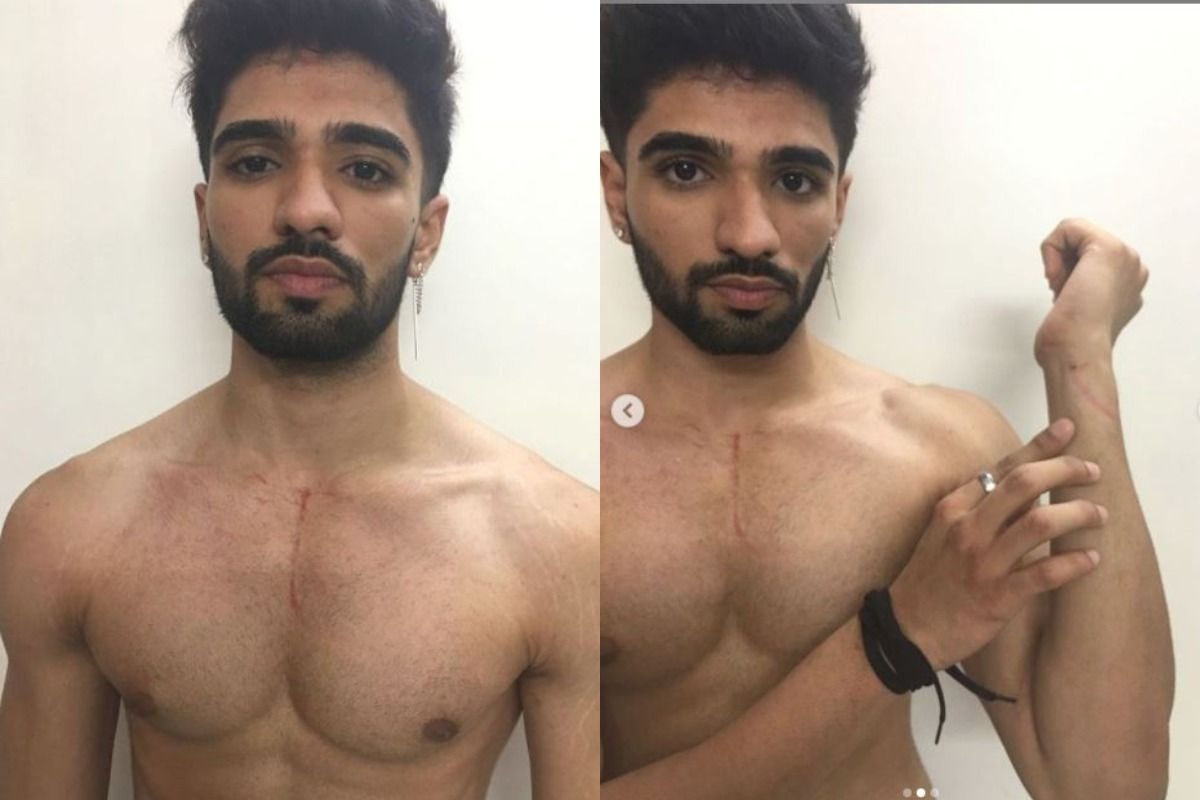 Bigg Boss OTT: Contestant Zeeshan Khan who has been thrown out of the Bigg Boss house in the mid-week eviction, has just now shared a topless photo of him, showing the scars on his chest and wrists after a fight with Prateek Sehajpal. According to him, it’s an unfair decision taken by Bigg Boss as Prateek was instigating him. The marks that can be seen on Zeeshan’s body also gives a hint that even Prateek hit him. During the Boss Man and Boss Lady task, Zeeshan and Prateek had a major fight. The other contestants tried stopping him but Zeeshan ended up pushing Pratik multiple times. Bigg Boss had to come in the middle of the task to school Zeeshan for his behaviour and then asked him to leave the show.Also Read – Bigg Boss OTT Mid-Week Eviction: Zeeshan Khan Gets Eliminated After Hitting Pratik Sehajpal, Divya Agarwal Breaks Down

Fans of Zeeshan Khan are not at all happy with this decision and have said that they won’t watch the show. In fact, TV actor Tina Datta also commented on Zeeshan’s post saying, “This is sooooo unfair #WeWantJustice”. Also Read – Bigg Boss OTT: Zeeshan Khan-Pratik Sehajpal’s Argument Gets ‘Over The Top’ Ugly and Violent | Watch