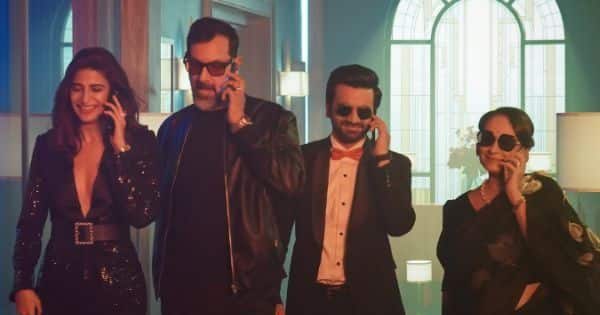 The star makers, the creators of creative marriages, the agents are all set to make you laugh, cry and feel all sorts of emotions in Call My Agent: Bollywood. A hilarious glimpse into the world of glitz, glamour and drama, the adaptation of Dix Pour Cent, it is set to hit Netflix on 29th October, 2021. Produced by Applause Entertainment in association with Banijay Asia, directed by Shaad Ali, the series shows us the what and more importantly, the who that goes into making today’s stars. Also Read – Trending OTT News Today: Netflix launches Call My Agent Bollywood, Vikramaditya Motwane resumes Stardust with Aditi Rao Hydari, Aayi Aayi Bhoot Police is foot-tapping and more

Turning up the charisma and allure, Aahana Kumra, Ayush Mehra, Soni Razdan and Rajat Kapoor effortlessly take on the roles of talent managers at a renowned talent agency ‘Art’. These absolute bosses navigate their way through a plethora of tantrums and mishaps to save their agency from closure. Adding additional oomph to the series are special appearances by Farah Khan, Ali Fazal, Richa Chadha, Lara Dutta, Jackie Shroff, Dia Mirza and more. Also Read – Sara Ali Khan, Masaba Gupta and others who slay in bikinis and break body stereotypes like a true diva – view pics

Call My Agent Bollywood on Netflix will take you through the world of Bollywood, where you can expect a hilarious, heartwarming tale of 4 colossally different individuals who come together for a common cause, to save what means the most to them. Watch the Call My Agent Bollywood trailer below: Also Read – Aahana Kumra looks irresistible in her latest bikini pics

Speaking about the Netflix web series, Director Shaad Ali said “This project has been close to my heart since the very beginning. It was a huge responsibility to be mindful of the original screenplay that has been such a success and yet have my own stamp on the adaptation. Each component of this show has been thought through with intricacy – right from the casting to the cameos. Each of us, included in this project, have poured their heart and soul into it and I cannot wait to show the audiences the satirical world of showbiz through my lens. Rajat, Ayush, Aahana and Soni share such a brilliant chemistry with each other that shooting with them has been a riot.”

Prepare yourselves to amp up the glamour, drama and laughter only with Call My Agent: Bollywood on 29th October 2021.