Rajkummar Rao-Kriti Sanon’s Hum Do Hamare Do to release on this date, Sidharth Malhotra reveals how OTT has changed cinema and more 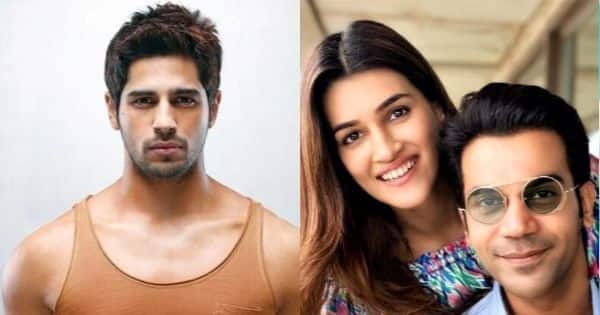 Rajkummar Rao-Kriti Sanon’s Hum Do Hamare Do to release on this date, Sidharth Malhotra reveals how OTT has changed cinema and more

As the day is about to end, we are here with our trending OTT news today. Rajkummar Rao, Kriti Sanon, Sidharth Malhotra, Samikssha Batnagar, Shikha Talsania, Mohanlal and others are a part of our trending OTT newsmakers. Also Read – Navratri 2021: Beauty tips from Bollywood’s most gorgeous divas to keep you glowing this festive season

Sidharth Malhotra’s Shershaah, which was released digitally in August this year, got a lot of appreciation from the audience. In a recent interaction, Sidharth revealed how OTT has changed the way we look at movies. He said that there is no distraction ( and one has the option of watching it for half an hour, rewinding it, watching it again. “It speaks volumes about this medium. If creatively, your intention is in the right place, you can really capture and make the audience feel certain things,” said the actor. Also Read – Say WHAT! Prabhas charging THIS WHOPPING amount for Om Raut’s Adipurush? Find out the mind boggling fee

Mohanlal and Jeethu Joseph are all set to team up for 12th Man. According to reports, the makers are planning to release the film during Christmas this year.

In an interaction with News 18, Shikha Talsania has said that with OTT there are more opportunities and avenues available for artists to experiment with their craft. She added, “I definitely agree that many actors are getting work and credit due to streaming platforms. But, we have a long way to go. I hope that this trajectory goes from strength to strength and opens up more and I hope we don’t slip up when it comes to numbers.”

Actress Samikssha Batnagar has donned the producer’s hat for a short film titled ‘Bhraamak’, which released digitally on October 4.The short film was released on Hungama Play. The thriller film stars Samikssha Batnagar and Jai Shankar Tripathi. It also marks the directorial debut of Rishi Singh into films. Rishi’s wearing multiple hats this time around as producer, cinematographer and music director of this film.