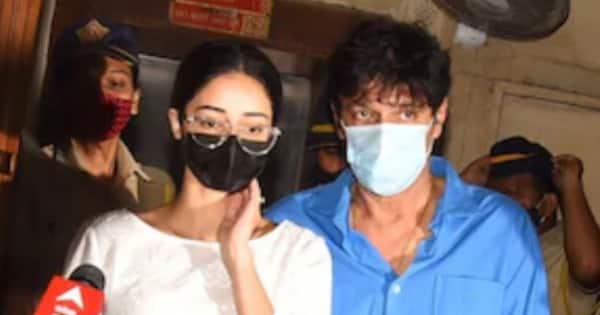 After two rounds of questioning, NCB has called Bollywood actress Ananya Panday for the third round in connection with drug case on Monday. While NCB has retrieved her and Aryan chats and grilled the actress based on that for 4 hours yesterday, it is believed that the Bureau is trying to retrieve more data along with some suspicious financial transactions, statements recorded by the accused and the info available on the electronic devices. Also Read – Trending Entertainment News Today: Kangana Ranaut shows her support to Sudhaa Chandran to Ananya Panday being reprimanded by NCB officials and more

The agency quoted ANI, “Questioning of actor Ananya Panday being done over some suspicious financial transactions and also in connection with WhatsApp chats with Aryan Khan. The actor was questioned regarding this yesterday.” As per the reports, Ananya Panday has told the agency that she might know someone who can supply drugs or perhaps has supplied them to Aryan. Also Read – Aryan Khan drug case: Did Sameer Wankhede reprimanded Ananya Panday for arriving late at NCB office?

While there were rumours that Ananya Panday has been removed from Thalapathy Vijay’s Thalapathy 66 post her involvement in the drug case, a source close to the development told us, “Ananya was not even offered the project, so how can she even be removed? This is just baseless and false. Ananya has some very interesting projects lined up and those have kept her busy. There have been no talks about Thalapathy 66.” Also Read – Death, Drugs, Divorce and more: Sidharth Shukla, Aryan Khan, Ananya Panday and more – The biggest blows that shook the entire film and TV fraternity in 2021

On the professional front, Ananya Panday will be next seen in Liger, which is directed by Temper and iSmart Shankar helmer Puri Jagannadh and also features Vijay Deverakonda, Ramya Krishan, Mike Tyson and Ronit Roy in key roles. It marks the first collaboration between the actor and the blockbuster director. Liger is co-produced by Karan Johar’s Dharma Productions along with Charmme Kaur and Puri Jagannadh. It has been shot simultaneously in Hindi and Telugu, and is slated to release in Hindi, Tamil and Telugu in theatres across India.