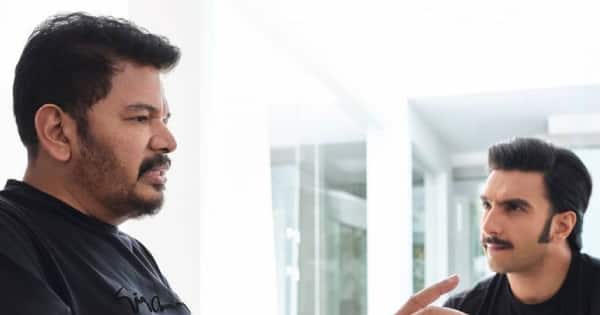 It was not very long ago that South director Shankar had announced his film with Ranveer Singh. He is set to remake his hit film Anniyan/Aparichitudu that starred Vikram in its Tamil version. The Hindi remake of his film is bankrolled by Jayantilal Gada. As soon as the makers made the announcement, it got entangled in a controversy as the producer of the Tamil version Aascar Ravichandran moved to court stating that he holds the copyrights of this film. Now, there is another hurdle. Also Read – Say What! Ranveer Singh to collaborate with Bear Grylls for an action-packed adventure show?

Aascar Ravichandran has stated that he will also be producing a remake of the same film in Hindi and English. He has mentioned that it will be bigger than that of Shankar’s as it will have a Bollywood actor, as well as, an international star. He stated that he will be making the announcement soon, probably before December. Confirming the same, he said, “Yes, I am also remaking Anniyan and it will be on a grand scale,” as per a report in Glute.com. He also mentioned, “Everybody is thinking I have asked for money, I have never asked for money. It is my property. Somebody is misguiding producer Jayantilal Gada. Before December the big announcement will be made, that’s why I kept quiet.” Also Read – Anniyan and Robot fame director Shankar’s daughter, Aishwarya Shankar, marries cricketer Rohit Damodharan, Tamil Nadu CM M.K. Stalin among the guests – view pics

Talking about the case that he filed against Shankar, Ravichandran said that the South Indian Film Chamber is in support of him and the director will be sent a letter soon. He mentioned that he has the copyright of this film as he is also the author of Anniyan. Also Read – From Alia Bhatt’s Gangubai Kathiawadi to Akshay Kumar’s Bell Bottom – movies that have dared to book their theatrical release dates during the second COVID-19 wave

Earlier, when Ranveer had shared the announcement, he had written on Instagram, “Proudly announcing my collaboration with the pioneering visionary of Indian cinema, the maverick master craftsman SHANKAR @shanmughamshankar powered by veteran film producer Dr. Jayantilal Gada.”