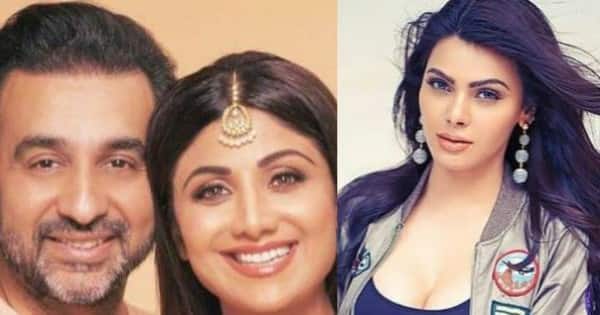 Actress Sherlyn Chopra has recently reacted to Shilpa Shetty‘s statement to the police about her husband, Raj Kundra’s alleged involvement in creating pornography content and uploading it through various apps. Sherlyn and Shilpa are both among 43 witnesses by the Mumbai police in the 1500 page supplementary charge sheet which they filed on Wednesday in the case. Also Read – Raj Kundra pornography case: Sherlyn Chopra reveals that Shilpa Shetty’s husband told her to work carefree as ‘HotShots would have bolder content and videos’

In Shilpa’s statement given to the cops, she said, ‘Kundra started Viaan Industries Limited in 2015 and I was one of the directors till 2020 when I resigned due to personal reasons. I am not aware of the Hotshots or Bollyfame apps. I was too busy with my own work and hence, not aware about what Kundra was up to.’ Also Read – Trending Entertainment News Today – Shilpa Shetty Kundra distances herself from Raj Kundra pornography case, Neha Kakkar trolled for her Kanta Laga look and more

Sherlyn posted a video on Instagram and referred to Shilpa as ‘didi’. In the video that Sherlyn was doing bicep curls with dumbbells wherein she said, ‘According to some media reports, didi is saying that she wasn’t aware of the nefarious activities of her husband. Didi is also saying that she doesn’t about the movable and immovable assets of her husband. How true is this statement, you guys can understand yourselves? Also Read – Raj Kundra pornography case: Shilpa Shetty’s statement HINTS she has already moved on without her husband?

Take a look at the video –

Sherlyn recorded her statement and she said, ‘I never received my share of 50 percent. Thereafter, Raj Kundra approached me to work for the HotShots app, a subsidiary of Arms Prime Pvt Ltd. I was assured it was perfectly fine to work for HotShots. I was also told that HotShots would have bolder content and videos. But we couldn’t come to an agreement over creative ideas and the monetary aspect of the deal, which is why I declined Raj Kundra’s offer to work on HotShots. The creative director at Hotshots, Mita Jhunjhunwala tried to convince me to work for them, too.’

Sherlyn had filed multiple complaints against Raj and she accused him of sexual assault. Raj’s wife Shilpa recently visited Vaishno Devi in Jammu and Kashmir. On Wednesday, the actress arrived at Katra the base camp of the cave shrine, and chanted Jai Mata Di throughout her journey.