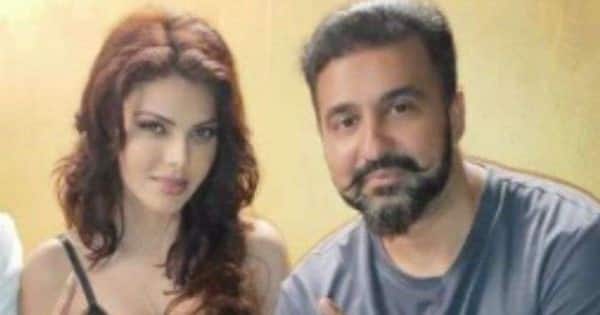 Sherlyn’s statement was recorded in the Crime Branch’s document wherein she said, ‘I had hired Arms Prime Pvt Ltd to make the Sherlyn Chopra App. The directors of Arms Prime were Saurabh Kushvah and Raj Kundra.’ The actress even claimed that Raj told her that the content on ‘Hotshots’ will be ‘much bolder and hot’. She further added that Raj told her to work carefree. Also Read – Raj Kundra pornography case: Shilpa Shetty’s statement HINTS she has already moved on without her husband?

Sherlyn further went ahead to reveal that as per their understanding, the income that was generated from the Sherlyn Chopra app was to be shared equally between Arms Prime Pvt Ltd and her. But she never received her share of income. She said, “I never received my share of 50 percent. Thereafter, Raj Kundra approached me to work for the HotShots app, a subsidiary of Arms Prime Pvt Ltd. I was assured it was perfectly fine to work for HotShots. I was also told that HotShots would have bolder content and videos. But we couldn’t come to an agreement over creative ideas and the monetary aspect of the deal, which is why I declined Raj Kundra’s offer to work on HotShots. The creative director at Hotshots, Mita Jhunjhunwala tried to convince me to work for them, too.” Also Read – Raj Kundra pornography case: Shilpa Shetty’s statement lands husband in more trouble? – watch video

Soon, the Crime Branch filed the supplementary charge sheet and Raj’s lawyer withdrew his bail application from the Mumbai Sessions court. The cops have charged Raj and his IT head Ryan Thorpe under various sections of IPC and sections of the Information Technology Act and Indecent Representation of Women (Prohibition) Act 1986. Recently, Raj’s wife Shilpa Shetty recorded her statement in the case and said, ‘Kundra started Viaan industries Limited in 2015 and I was one of the directors till 2020 when I resigned due to personal reasons. I am not aware about the Hotshots or Bollyfame apps. I was too busy with my own work and hence, not aware about what Kundra was up to’. Raj got arrested in July for creating pornographic films and publishing them through some apps.

READ ALSO |  From his food, to clothes and daily routine, here's how the star kid will spend his time in Arthur Road Jail