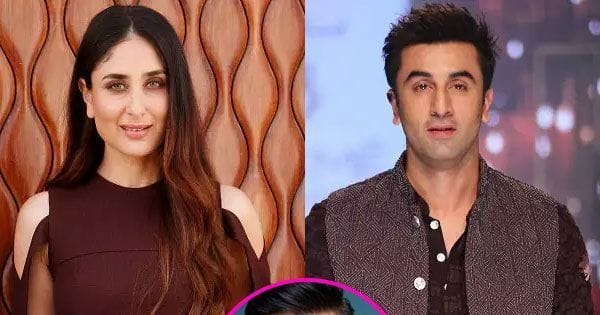 Ranbir Kapoor and Koffee With Karan have one ‘masaledaar’ equation. While the actor has not made too many appearances on the show, whatever has been said about him makes headlines still date. In 2013, he made an appearance with his cousin Kareena Kapoor Khan on Koffee With Karan. This was after her marriage with Saif Ali Khan. On the show, RK Junior suggested that she hid some of her affairs from the media. This left her rather flustered as she has always been quite open about her personal life. Kareena Kapoor Khan had revealed how Katrina Kaif and he were dating. Ranbir Kapoor said he knew it would be raised on the show but he did not want to talk about it in detail. He was said he was doing well on both the fronts. Also Read – Bigg Boss OTT: Raqesh Bapat says those ‘3 magical words’ to Shamita Shetty, watch how she reacted

Ranbir Kapoor said that he had been honest about his affairs when he started out in Bollywood. He had said, “I also spoke about my personal life when I started out in the film industry and I think it just got a bit too much to handle because it kind of comes before your work. And also because I am not married, there are other false rumours that come besides it. Having said that, I don’t know if she has spoken about every relationship of hers.” Also Read – Bigg Boss OTT: Moose Jattana finds Shamita Shetty and Raqesh Bapat’s connection boring; says, ‘Baat karne layak hi nahi hai’ [EXCLUSIVE]

Kareena Kapoor Khan said that she was honest about most of them. Ranbir replied, “Most. Exactly.” She chided him asking what was he exactly was he trying to say. She warned him, “Behave yourself, haan.” Hearing this, Karan Johar hinted that Ranbir Kapoor might have some ‘scandalous information’ about Bebo to which she replied that she will spill the beans on both of them. She said, “Listen, I have been really nice, my answer was fabulous. You want me to start talking? Just wait.” If this was not all, Ranbir Kapoor teased his cousin saying that she was his role model. Annoyed, she told Karan Johar, “Listen, that’s it. Just start, come on.” Also Read – Bigg Boss OTT: Shamita Shetty and Raqesh Bapat REVEAL their current ‘relationship status’; the latter gives a sarcastic reply