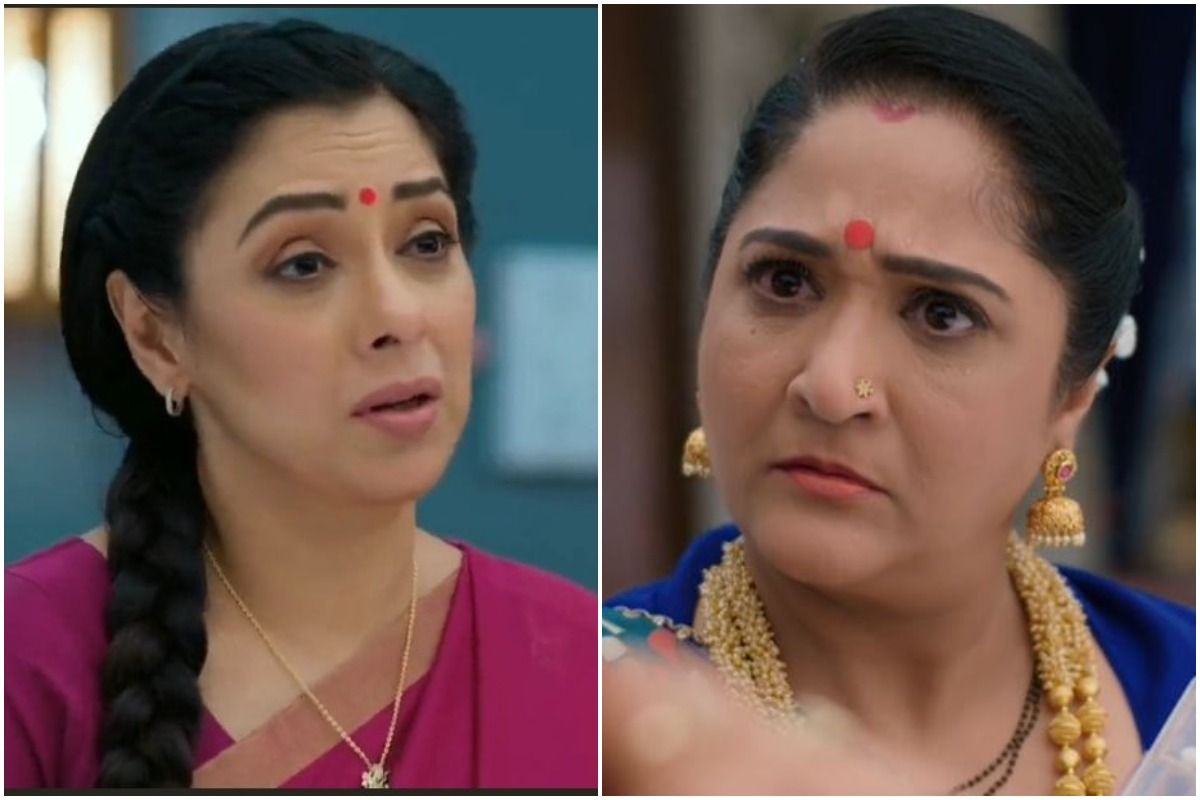 Anupamaa Spoiler Alert: In the upcoming episode of Rupali Ganguly starrer show, Baa argues with Anupama asking her not to travel to Mumbai along with Anuj Kapadia. However, Anupama’s powerful speech will win your heart.Also Read – TRP Report Week 37: Anupamaa Rules The Television as Always; Udaariyaan Joins The Race

Recently, we saw how Anuj Kapadia asked Anupamaa to fly with him to Mumbai for a business meeting. Even though Baa, Vanraj, Kavya and Paritosh were against it, Anupamaa decided not to bow down and accepted Anuj’s request. Also Read – Anupamaa Big Development: Anupama’s Business Trip With ‘Paraye Mard’ Anuj Kapadia Leaves Baa Furious

In the upcoming episode, Baa expresses disappointment with Anupama’s decision and tells her that she should not go out with a ‘stranger man’. Baa goes on to remind Anupama about ‘aurat ki maryada’ and adds that a man and a woman can never be friends. However, Anupamaa tells her that they should know what kind of person she is and be assured that she won’t let anything wrong happen. She adds that a veil does not define a woman’s modesty. Anupama cites the example of Lord Krishna and Draupadi’s friendship and tells Baa that there is no difference between the two on the basis of gender. Moreover, when Vanraj asks her about Anuj’s feelings for her, she questions him how he can be so sure about that. Anupama gives a befitting reply asking if Vanraj never used to travel with Kavya. Also Read – Anupamaa Fame Rupali Ganguly Dolls Up In Floral Kaftan Kurti As She Poses By The Pool, Fans Call Her ‘Beyond Beautiful’

Meanwhile, Samar and Kinjal pack Anupama’s bags but Paritosh warns them that this might be a huge mistake. Later, Anupama tells Babuji, Kinjal, Samar, and Pakhi about her childhood dreams of how she always wanted to fly and see the sea closely. While Anupama is super excited for her first flight, Samar and Kinjal suggest her passport made expecting that she will be soon flying abroad too.

Apart from this, in the upcoming episode, Kavya also asks Vanraj why he is so bothered with Anuj and Anupamaa when he is married to her. Also, Anupamaa and Anuj make their way to their flight.

What will happen next? Will Anupama’s business trip with Anuj Kapadia mark a new beginning? Will Vanraj plot something to disrupt Anupama’s happiness?