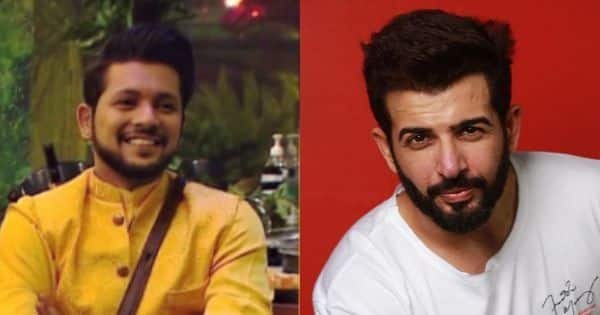 Bigg Boss 15 contestants are getting mixed reactions from the audience. While people feel that they have potential, they feel are deliberating promoting a few and simply ignoring the rest. This is their main grouse. We just do not get to see a good mix of everyone. Shamita Shetty has emerged as a strong contestant in Bigg Boss 15. People did not have much expectations after Bigg Boss OTT but she has shown that she has the temperament. In fact, many of the junglewaasis are very fond of Shamita Shetty. They include the likes of Jay Bhanushali, Karan Kundrra and Vishal Kotian. Also Read – Bigg Boss 15: Salman Khan says ‘qubool hai’ as Katrina Kaif EXPOSES his big secret – watch video

A video has come where we can see Jay Bhanushali sitting with Shamita Shetty, Nishant Bhat and Tejasswi Prakash. Shamita Shetty says that she is not someone who likes a guy who is hen-pecked and agrees to everything. She says she is fond of those who have an opinion of their own. Jay Bhanushali says he will voice his opinions in front of her from now on. Tejasswi Prakash says this is a flirting alert. Nishant Bhat warns Jay saying that Mahhi is outside and he will have to bear the brunt. He also says he will blow up the matter and narrate it to Mahhi Vij. Take a look… Also Read – Bigg Boss 15: THIS contestant to get ELIMINATED this week from Salman Khan’s show? Here’s what we know

We can see that Mahhi Vij also likes Shamita Shetty on the show. She sent hearts to them. There is a huge dose of love on the show. We have a couple in Ieshaan Sehgaal – Miesha Iyer and a developing one in Karan Kundrra and Tejasswi Prakash. Buzz is that Raqesh Bapat is entering in some days as a wild card. Already, Shamita Shetty’s rakhi brother Rajiv Adatia is inside. Also Read – TV News Weekly Rewind: Shehnaaz Gill’s Tu Yaheen Hai tribute for Sidharth Shukla breaks hearts, Erica Fernandes exposes Kuch Rang Pyaar Ke Aise Bhi 3 makers, Harshad Chopda’s entry in Yeh Rishta Kya Kehlata Hai gets thumbs up and more