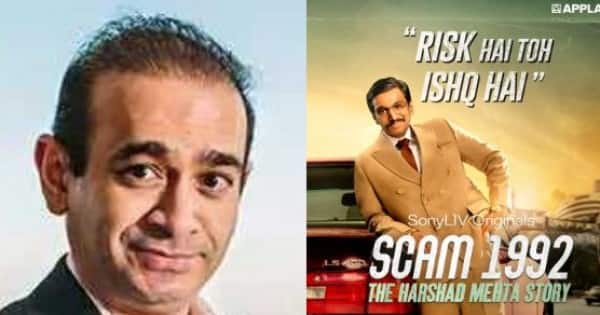 Before the Nirav Modi scam gets adapted into a web series, here are movies and series based on financial frauds and the stock market to stream now

After the life of Harshad Mehta who was involved in the stock market scam brought on screen. Now, a web series on businessman Nirav Modi is in the works. Yes, the series has not been titled yet but it is being adapted from senior investigative journalist Pavan C Lall’s book Flawed: The Rise and Fall of India’s Diamond Mogul Nirav Modi by Abundantia Entertainment. The makers of the series took to Instagram and captioned it as, ‘Announcement Alert!
We are partnering with senior investigative journalist @pavan.lall to adapt his ground-breaking book ‘#Flawed: The Rise and Fall of India’s Diamond Mogul Nirav Modi’ into a multi-season series. We can’t wait to bring this gripping story to screens!’ Nirav Modi is the key accused in Wandsworth prison in South London and got arrested in March 2019. Here is a list of movies and shows that were based on financial frauds and the stock market that you can stream on OTT platforms. Also Read – Birthday special: A look at Neha Dhupia’s rumoured affairs before she got married to Angad Bedi 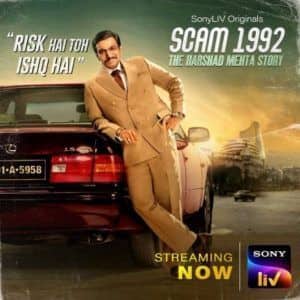 Also Read – Prabhas and Kriti Sanon begin shooting for Adipurush in Mumbai: Here are Top 5 things to know about the magnum opus

Director Hansal Mehta’s adaptation of Sucheta Dalal and Debashish Basu’s novel on Harshad Mehta is a must-watch for sure. This series showcases the rise and fall of the stockbroker and the financial scam he managed to pull off.

READ ALSO |  Sidharth Shukla, Manoj Bajpayee, Shaheer Sheikh and more – vote for the Best Actor in a Web Series in the first half of 2021

This thriller showcases the lives of brokers in Mumbai. Rizwan, a stock trader from a small town comes to Mumbai and plans to make it big in the financial capital. He gets noticed by a successful trader Shakun Kothari who hires him as a broker.

Bad Boy Millionaires is a series that showcases the lives of Vijay Mallya, Subrata Roy, and Nirav Modi. The series shows the details of their business plans and showcases their entire life journey.

This series gives a glimpse into the cricket spot-fixing scandal. The series stars Angad Bedi, Richa Chadha, Vivek Oberoi, Siddhant Chaturvedi among others in prominent roles.

This series is based on real events set in the city of Jharkhand. The story revolves around a group of young men who would rob people’s bank accounts through their cell phones. The series sheds light on cybercrimes that have been encountered by people.