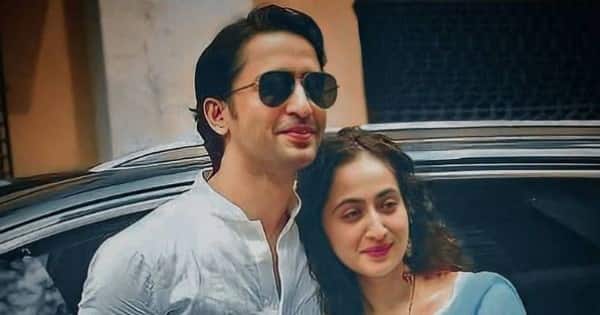 Popular TV actor, Shaheer Sheikh, who is seen in shows like Mahabharat, Kuch Rang Pyar Ke Aise Bhi and others, welcomed her first child, a baby girl on September 9 with wife Ruchikaa Kapoor. The 37-year-old handsome expressed her happiness of embracing fatherhood and said that he is currently going through ‘crazy range of emotions’. The actor said that he can’t describe his happiness in words. Also Read – Pavitra Rishta 2: Ankita Lokhande on Shaheer Sheikh stepping into Sushant Singh Rajput’s shoes; says, ‘I could see Manav in his eyes’ [EXCLUSIVE]

Talking to PinkVilla, he said, “I can’t even express it in words honestly. It is something else. I thought I have lived a few years on this planet and have experienced a lot of emotions. But when I held my little one in my arms, I can’t describe it – it was something else. I have never ever felt anything close to that, and it took almost three days to sink in. Whenever I look at her, I feel overwhelmed.” The actor is currently seen in Pavitra Rishta 2, where he is stepped into the shoes of late actor Sushant Singh Rajput to portray the character of Manav Deshmukh. Also Read – Pavitra Rishta 2.0, Helmet, Net and more movies and web series on ZEE5 that’ll guarantee a buffet of family drama, comedy, social message, thrill and action over the weekend

While talking to FilmDhamaka, Shaheer’s costar Ankita Lokhande praised the actor and asseted, “It was very important for us that people love us together. I don’t know how the chemistry came so right. It was just magical and it was very organic. I mean you just can’t create chemistry because you have to. You can’t be friends with everyone. You have to have that connection. I think with Shaheer it was very organic. He is a very good soul and I could just connect to him for some reason and he could connect to me. I just felt that he is Manav when he started shooting for the show. When I look into his eyes, I could see Manav in him. I could feel it that he is Manav. I was Archana who was searching for Manav and I could see that in him.” Also Read – Pavitra Rishta 2: Abhidnya Bhave is all praise for Shaheer Sheikh’s performance as Manav; says, ‘If Sushant would have seen it he would have appreciated Shaheer’ [EXCLUSIVE]

READ ALSO |  Rajkummar Rao-Kriti Sanon's Hum Do Hamare Do to release on this date, Sidharth Malhotra reveals how OTT has changed cinema and more