Believe it or not, this 18-year-old fan from California has spent a whopping $50,000 on the band – deets inside 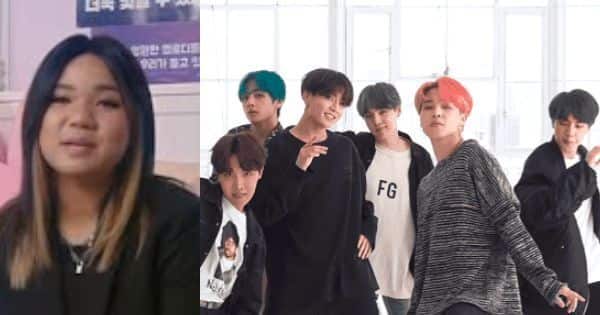 Believe it or not, this 18-year-old fan from California has spent a whopping $50,000 on the band – deets inside

Well, we have come across many BTS fans but none like this 18-year-old from California. Meet Thuy who has spent a whopping $50,000 on the band. In a new feature for MTV, she showed her collection and we are still in shock. Thuy revealed that she began following and supporting the group in 2014 when she was 11. She has been an avid ARMY since then. Also Read – Trending Hollywood News today: Grammy Award winner Kurt Elling wants to collaborate with BTS’ V, Kal Penn praises Priyanka Chopra and more

Out of the $50,000, Thuy has spent $30,000 solely on their merchandise collection. The other $20,000 are spent on concert tickets, clothes the BTS members have worn, and more. Her collection includes items from BTS’s tours, their albums and DVDs, cup sleeves from fan events, and fanmade pins and keychains. Also Read – BTS’ Indian ARMY collects a whopping amount to support a cause in Jimin, RM and Jungkook’s honour

Thuy said she had lied to her parents a few times about the amount she has spent. “Just for my dad’s mental stability, I have not told him how much I’ve spent. He is probably better off not knowing,” she says. Also Read – BTS: This Grammy-award winner wants to collaborate with Kim Taehyung aka V leaving us impatient for the same

While many may raise eyebrows about the money she has spent, Thuy says that BTS means a lot to her. “I think they’ve always helped me through those really, really low points,” she says. She adds that she often surrounds herself with merch to unwind and that she has even cried to BTS’ music when she was down. “I think the fact that there’s kind of that outlet and that it feels that someone is listening there,” she says, “that always is so reassuring.” She says that BTS’s album title, The Most Beautiful Moment in Life, sums up just how special the members are to her.

She says, “There’s truly no one like them. They’re special inside and out. They’re such kind boys. They do so much for their fans. They’re just, to me, my favorite people in the whole world, aside from my family.”

We wonder if the BTS boys know of her existence and if they have met her in person.