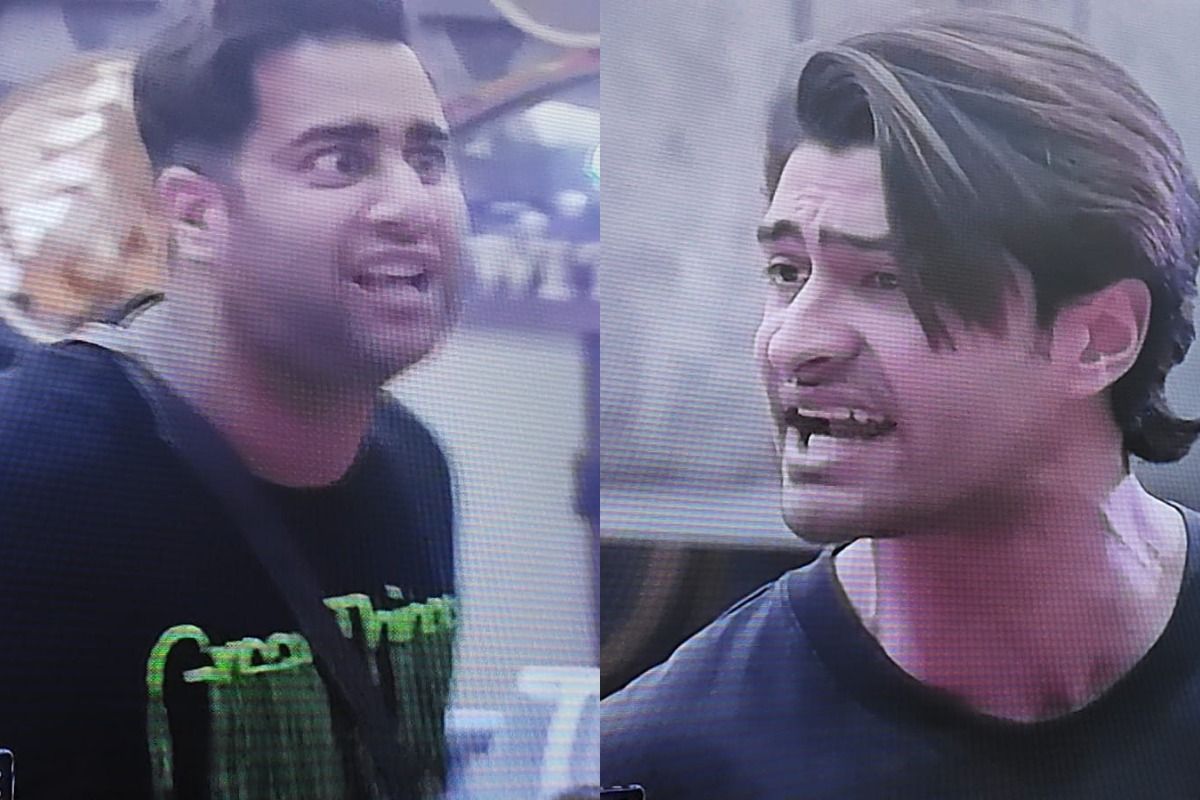 Bigg Boss 15 October 26, 2021 Highlight: In the upcoming episode, Ieshaan and Rajiv will get into a massive verbal argument after Ieshaan confronted him and said that he should keep both the relationships different – the one Ieshaan has with Miesha Iyer, and the other he has with Rajiv. Rajiv said that the bond they share is very special even in the outside world but Ieshaan intervenes and said, “Meri Image Kharab Ho Rahi Hai ( My image is getting spoiled).” Rajiv goes on to say, “Mera Muh Mat Khula”, to which Ieshaan reacts and said, “Chillao Mat”. Rajiv then said, “Tujhe Kya Lagta Hai, Bahar Kya Hua Tha?” leaving Ieshaan stunned for a moment.Also Read – Bigg Boss 15: Afsana Khan Body-Shames Rajiv Adatia, Latter Breaks Down And Says ‘I Have Medical Condition’

Ieshaan and Rajiv know each other for a few years and as per Rajiv, they still share a close bond with each other. Earlier, Ieshaan told Miesha that he is bisexual, and reportedly was dating Rajiv a few years ago. Ieshaan even discussed his previous connection with Miesha claiming that he was once ‘playing around with an influential man for work.’ Also Read – Bigg Boss 15: Shamita Shetty-Umar Riaz Get Into Massive Fight During Captaincy Task

Meanwhile, Afsana Khan body-shames Rajiv and he reacts by saying ‘Soch Ke Bola Karo, Aap Bachchi Nahi Hai’. fsana said to Rajiv that he won’t be able to fit inside the prop and it pinched him a lot. He reiterated and said that everything is not a joke and she should think before speaking out. Shamita comes in support of Rajiv and tells Afsana that she has a habit of calling people ‘fat’, which is not good. Later, Shamita goes inside the house and finds Rajiv crying. She tried to console him and said to ‘let it go’. He tells her, ‘I have a medical condition.’ Also Read – Bigg Boss 15: Tejasswi Prakash’s Health Deteriorates Amid Captaincy Task, Karan Kundrra Lifts Her to Doctor

Another fight that took place inside the house was between Umar Riaz and Shamita Shetty during the captaincy task where Shamita warned Umar to not use the water during the task, but he chose not to follow the task rules. Following this, they get into a big fight.

Your thoughts on the same?