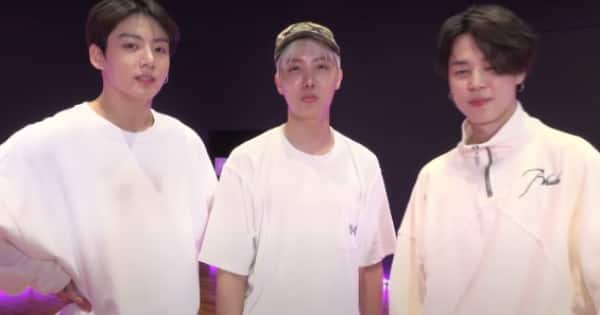 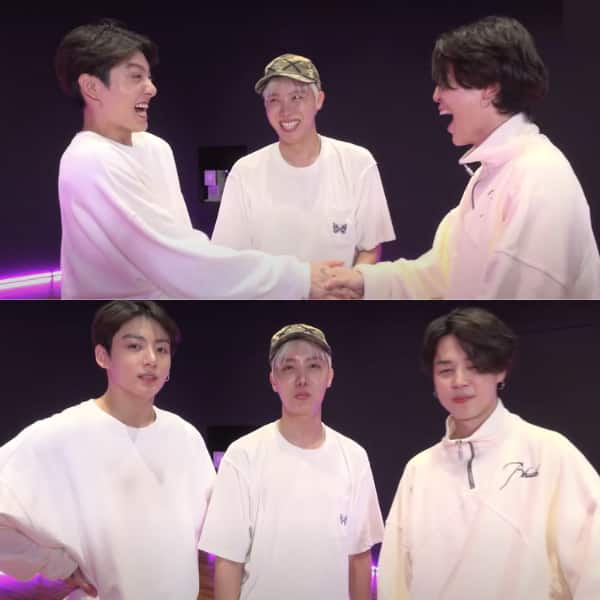 Yet another interesting and impressive behind the scene video of BTS members have been dropped. The Bangtan Bomb video features the iconic trio 3J, that is, J-Hope (Jung Hoseok), Jimin (Park Jimin) and Jungkook (Jeon Jungkook). It is the behind scenes of their dance cover of Megan Thee Stallion’s remix version of BTS’ Butter. And boy, oh boy, the three of them worked so very hard for the video. Jimin, J-Hope and Jungkook rehearsed dozens of times for the choreography was something they did not attempt before. The 3J’s wanted to show a new and different side of themselves to the ARMY and hence, they took up the challenge. It is revealed that the dance cover was actually J-Hope’s idea. And when he presented the same to Jimin and Jungkook, the two from the maknae line readily agreed. Also Read – BTS’ Kim Tae-hyung aka V’s uber-cool looks at Fact Music Awards 2021 leave fans highly impressed – view tweets

In the video we see Jungkook, Jimin and J-Hope working tirelessly to get each and every move, expression right. And in doing so, the boys keep on taking retakes. It’s difficult to keep a count on how many takes they took before the final one. Their passion, dedication, hard work in perfecting the choreography for the ARMY is commendable beyond words. ARMY, BTS’ perseverance will make you swell with pride, yet again. In the video, we also see the boys being honest with their work. If either of them didn’t like it or felt they were faltering, they went for another take. And the other two joined him without any complaints. They look super tired but did not give up. They kept cheering for each other to do their best. At first, after a couple of takes, Jungkook looked really tired, he felt like he couldn’t move at all. Nevertheless, he kept going. Jimin asked for another take when he felt he could do better. J-Hope didn’t mind making mistakes or goofing up during the rehearsals or take. He worked very hard and kept their spirits high despite the fatigue. Towards the end, Jimin chipped in that they would release more such videos from now on. And the looks on Jungkook and J-Hope’s faces were priceless. Also Read – BTS sweeps away 5 big trophies at the Fact Music Awards 2021; ARMY floods Twitter with congratulatory tweets

The boys’ determination is really commendable. Also, ARMY, they are thinking of a cooler name for the trio than 3J. We think 3J’s cool. What about you? They tried Sam J. For the uninitiated, Sam is 3 in the Sino-Korean decimal system. Check out the video of 3J’s dancing to Megan Thee Stallion’s Butter here: Also Read – BTS: After Jungkook, V/Kim Taehyung asks ARMY to send lyrics defining Purple color; leaves them impatient about his live session