BTS: Kim Seokjin aka Jin fans trend JIN OST IS COMING; here are 3 reasons why they are super excited for the same 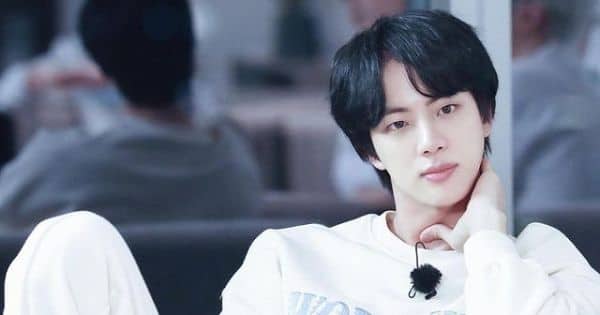 BTS: Kim Seokjin aka Jin fans trend JIN OST IS COMING; here are 3 reasons why they are super excited for the same

BTS’ fans have a packed October with a number of stuff lined up from the South Korean boy band. Firstly, we have Jimin’s birthday followed by the second season of In The Soop. Plus, there are a couple of exciting solo projects. There is Jin’s OST for the K-Drama Jirisan and SUGA’s production for a Japanese singer OMI of EXILE TRIBE. Fans are super kicked about these two ventures. They have been trending JIN OST IS COMING and WAITING FOR JIN OST on social media. Kim Seokjin aka Jin fans are just too impatient for the OST ever since the production house announced that the mystery song will be announced some time in the middle of October. Here are 3 reasons why people are so impatient for the original soundtrack of Jirisan. Also Read – BTS member Suga’s display of muscles send ARMY into frenzy; call him ‘boyfriend material’ – view tweets

Jin’s velvety vocals
Though he was roped in as the main visual of BTS, Jin has proved himself as a singer over the years. People hail him as the silver voice of BTS. Even members of the Korean recording academy have praised his voice for its texture and stability. We know that low registers are so dreamy. Being a trained actor, he can bring in all the emotions to the song. His solo tracks like Epiphany, Abyss, Moon and Awake rank as some of the best of BTS. Also Read – BTS’ J-Hope proves to be a Squid Game fan, James Bond star Daniel Craig receives star on Hollywood Walk of Fame and other trending Hollywood news of this week

Big Budget Production
The show Jirisan is a big venture in terms of budget. Jun Ji Hyun is making a comeback after four years with Jirisan. The show is written by Kim Eun Hee of Kingdom fame and directed by Lee Eung Bok who made the show Descendants Of The Sun, which is a globally recognized K-drama. The budget of the show is 28 million US dollars, which is huge. Let us see if there is a video where we can see Jin or not. Also Read – Trending Hollywood news today: BTS’ RM’s back and black look leaves ARMY swooning; Selena Gomez and Chris Evans are dating feel fans and more

Step towards actor Jin
Every Jin fan has a dream of seeing him as a leading man in a K-Drama or film. In fact, even Hollywood is gaga over his looks. They feel Jirisan is perhaps a step towards that dream of seeing Jin on a big screen as an actor. With his gorgeous looks, charisma and acting creds, it would be a pity if that did not happen.