BTS’ V impresses with the number of musical instruments he can play, Kylie Jenner confirms her second pregnancy and more 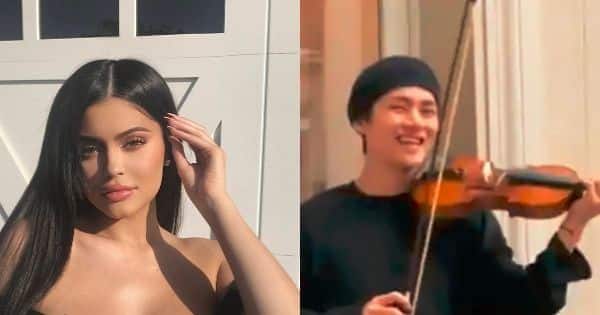 BTS’ V impresses with the number of musical instruments he can play, Kylie Jenner confirms her second pregnancy and more

The day is about to end but not without your daily dose of trending Hollywood news. Among the newsmakers today, we have BTS, Kylie Jenner, Halle Berry, Britney Spears, Paris Hilton and more. So without any further delay, here’s all the dope from the West. Also Read – Trending Hollywood news today: BTS wins big at MTV VMAs, Britney Spears gets engaged, Gwyneth Paltrow reacts to ex Ben Affleck and Jennifer Lopez’s love and more

BTS: List of musical instruments Kim Tae-hyung aka V can play is impressive
K-pop band BTS is one of the most followed and appreciated bands all over the globe. It’s members Jungkook, V, Suga, RM, Jin, Jimin and J-Hope are admired by all. These guys are highly talented as they write, sing, rap and even pull off very difficult choreographies in their songs. Among all, it seems V is pretty multi-talented. The star does not just sing and dance, but also knows to play many musical instruments. Also Read – Trending Hollywood news today: BTS’ Jimin’s birthday celebration plans by Chinese ARMY revealed, Kim Kardashian hurt by Kanye West for washing dirty laundry in public and more

Halle Berry was terrified about directing her debut film Bruised
Bruised filmmaker and actress Halle Berry was “scared” as she stepped behind the camera for the first time as director. The 55-year-old actress is at the helm of the upcoming Netflix movie, in which she also stars as mixed martial arts (MMA) fighter Jackie Jackie Justice, who is chasing one last comeback, reports femalefirst.co.uk. Berry told the Daily Express newspaper, “As an actor I always show up and do my part, and I can only do what I can do. Being the director, I have a part in the totality of every department. I get to have a voice. That was different, and I really loved that.”

READ ALSO |  Shang-Chi and The Legend of The Ten Rings, Jungle Cruise, Dopesick and more

Kylie Jenner confirms her second pregnancy
A couple of weeks ago, it was reported that Kylie Jenner is pregnant for the second time. The make-up mogul, reports stated that, was expecting her second child with beau Travis Scott. And everyone had been anticipating confirmation of the same for a long time now. And just a couple of hours ago, Kylie shared a video confirming the news.

Britney Spears’ father James Spears filed on Tuesday to end the court conservatorship that has controlled the singer’s life and money for 13 years. James Spears filed his petition to terminate the conservatorship in Los Angeles Superior Court. “As Mr. Spears has said again and again, all he wants is what is best for his daughter,” the document says. “If Ms. Spears wants to terminate the conservatorship and believes that she can handle her own life, Mr. Spears believes that she should get that chance,” according to Billboard.com.

Paris Hilton says there are many misconceptions about her
Socialite and entrepreneur Paris Hilton feels that there are many misconceptions about her. Paris was seen talking about her life in “The Drew Barrymore Show”, which airs on Zee Cafe in India. The show’s host and actress Drew Barrymore asked Paris: “I want to talk to you. I’ve had people take me away and I’ve been locked up in solitary confinement.” She added, “I haven’t seen a kind of story like yours which really reflected out there very often. That’s one I recognize. So, why did you decide to do this now?” Paris replied, “I wanted to do a film to show the businesswoman I am and all I’ve accomplished. I feel like there are so many misconceptions about me. During shooting, I was so close to the director.