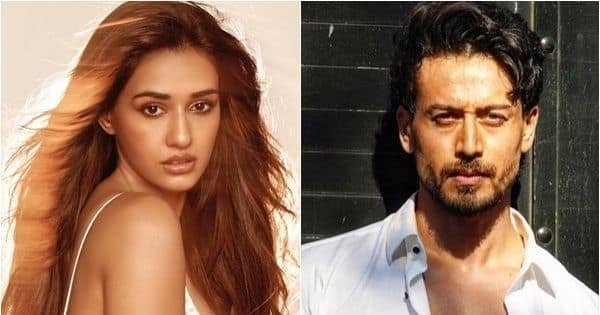 By now, we have discovered that Bollywood celebrities are quite obsessed with K-Pop music groups. Deepika Padukone, Alia Bhatt, Varun Dhawan and others have already proved that they are fans of BTS music. We also know that rumoured couple Disha and Tiger are also among the most popular fans of the K-Pop groups. And yet again, the two powerhouse performers have proved that they have BTS and EXO in their music playlist. Also Read – BTS X Coldplay: Did you know Chris Martin was nervous about meeting the Bangton Boys for My Universe? Deets inside

As Disha and Tiger are quite active on social media, they keep giving glimpses of their lives to their fans across the globe. Disha recently posted a throwback video from her Maldives vacation where she had encountered a group of dolphins swimming in front of her boat. She played BTS and Coldplay’s latest collaboration My Universe in the background, showing her love for the BTS group. “Got lucky with this beautiful encounter with the most amazing creature, all they need is their freedom to be happy. ‘A life in captivity is no life at all’ #freedolphins,” she captioned the post. Also Read – #MyUniverseMVMidnight: BTS x Coldplay’s EPIC music video reminds ARMY of movies like Guardians Of The Galaxy and Star Wars — read tweets

Tiger, on the other hand, shared a video of him working out in the gym. He played EXO’s Love Shot song in the background as he flexed his muscles. Also Read – BTS X Coldplay: Jungkook’s confession about his experience of recording My Universe in front of Chris Martin will win Armys heart

On the work front, Disha was last seen as ‘Diya’ in ‘Radhe: Your Most Wanted Bhai’ opposite Salman Khan. She will be next seen in Mohit Suri’s upcoming directorial ‘Ek Villain Returns’ alongside John Abraham, Arjun Kapoor and Tara Sutaria. Tiger has a big list of films coming up. He will be seen in the Ahmed Khan directorial ‘Heropanti 2’, ‘Ganapath’ and ‘Baaghi 4’.