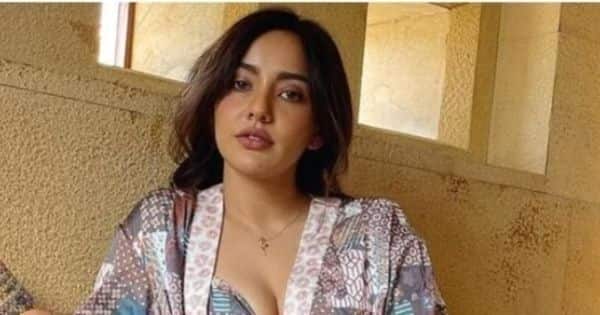 Neha Sharma is all geared up for her upcoming film Aafat-e-Ishq. She says, “It’s a fabulous film and a great script I feel such kind of films are not so common these days. Good scripts are very rare, so you got to do it when you get them. When this film came to me, I was like I have to do it.”

Neha’s character is seen using dating apps in the film. When asked if Neha has used them in real life, she said, “I have downloaded dating sites to know how they work. It was such a huge thing and everyone was on them. So I have tried them. As an actor you can’t be on them.”

She went on to add, “The beauty of dating is getting to know someone. For actors, people already have this preconceived notion about what they think you are whether that’s you or not. So the concept doesn’t work for actors as such. But it’s great to find love and I feel everyone who is using it are really lucky. It’s amazing to find love in the first place and get a fair shot at it,” she said. So did Neha go on any dates? “You know I didn’t really go that far. I just downloaded it and I saw how it works. That’s about it.”