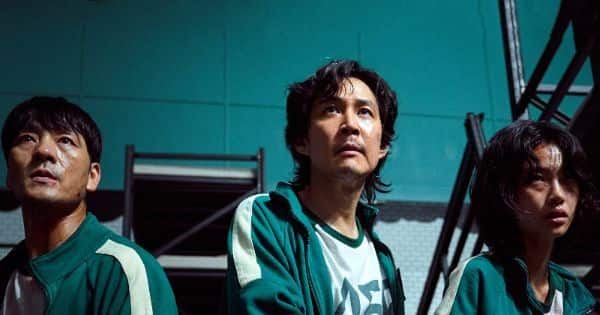 While there is a new web series or movie releases on the many OTT platforms that we have today, very seldom do we see something become a phenomenon. The recent one to take everyone by surprise is Netflix’s hit show Squid Game. The South Korean satire is based around a group of ‘failed’ individuals who are struggling to pay their debts. They get a golden opportunity to change their fortune by winning unimaginable cash prize by participating in a set of games. While these games all look regular from the outside, since they are one each one is familiar with and used to play, even mastered, as a child, here the stakes are the highest. Also Read – From Aafat-E-Ishq to Hum Do Hamare Do: 5 new filmg on 29th October on ZEE5, Netflix and more

The show’s ending is something that has become a point of discussion and has audiences divided. But what made the creator make such a show which has shock, pain, emotions, dares and so much drama? In an interview with The Guardian, Hwang Dong-hyuk revealed his inspiration for the show. He revealed that it took him 10 years from locking the idea to finally begin making it. He said that the idea came from his own life, where he faced dire financial crisis in South Korea back in 2009. The fact that he is a sucker for dystopian fiction was an added only helped him make Squid Game what it has turned out to be. Also Read – Alia Bhatt-Ranbir Kapoor wedding date: Soni Razdan shares EXCITING UPDATE [EXCLUSIVE]

Hwag, who has become famous due to the popularity of Squid Game, revealed that he was financially straitened after his mother retired. At that time, he had been working on a film but couldn’t get a financer. Taking loans between him, his mother and grandmother became the order of the day and he was left jobless for over a year. Also Read – #BLRecommends: Loving The Five Juanas? – check out The Handmaid’s Tale, Big Little Lies, Churails and more web series where women get together to kick a**

During this low point in his life, he read Battle Royal, Liar Game and other survival game comics where he related to the people in these books. All of them were desperate to do anything to get money and become success. “If there was a survival game like these in reality, I wondered, would I join it to make money for my family? I realised that, since I was a film-maker, I could put my own touch to these kinds of stories so I started on the script,” he revealed.

Has he made enough money now after the stupendous success of Squid Game? Dong-hyuk revealed that he now has enough to put food on the table. He said that Netflix paid him as per the contract they signed before the launch or success of the show. However, he does know how he can become as rich as the Squid Game’s winner. “It’s possible… I have to do season two,” he said. Raise your hands if you want a Squid Game 2 in your life.