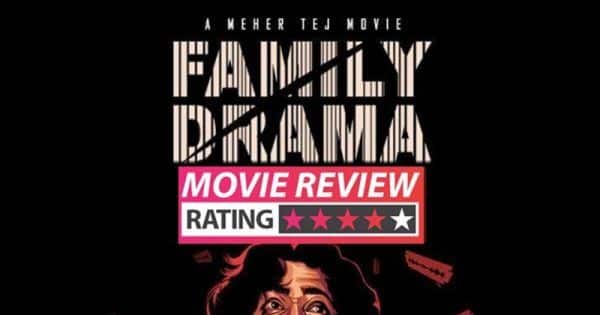 The Telugu film industry isn’t quite known for their edge-of-the-seat horror movies, exploring the darkest depth of humanity, quite in the vein of the horror comedies or spooky horror fests that they’ve become adept at. However, on the rare occasion that it does venture into that territory, the result usually comes out tops, with Family Drama again being a sublime example. The new thriller on Sony LIV can easily hold its own with some o the darkest, most disturbing, disruptive and edgy content that’s usually a staple of Hollywood, Korean, Italian, French or Spanish cinema. Also Read – Trending OTT News Today: Aakashavaani trailer is mysterious, Ek Thi Begum 2 trailer is gripping, Bhoot Police continue to rule and more

A dysfunctional family’s unusual drama gradually turns into a dark psychotic trap when the wives of the two sons discover their household’s sordid past. As their family’s true nature comes to light, so does the determination of the wives to resolve this situation.

Watch the Family Drama trailer below:

Besides the performances from the ensemble cast being top notch, Meher Tej’s direction is right on the money, building tension through the shifting dynamics of a dysfunctional family, making us feel that something’s gotta give at any moment, and when it finally does in form of the main conflict of the screenplay, all hell breaks loose. The resolution to that hell also doubles a a strong albeit subtle feminist statement, raising pertinent questions over the still prevalent patriarchal system of women leaving their maiden homes to live with their husband’s family, blissfully oblivious of what they might be getting into. Backing all this up a some brilliant background score and terrific, atmospheric camerawork.

The few, and just a few instances where Family Drama falters is by a.) Being slightly, and only ever so slightly long in the tooth (editing issues as usual) and b.) Having some minor plot-holes here and there.

Barring the aforementioned grievances, Sony LIV’s new Telugu product, Family Drama, would’ve been a night
perfect horror film, which as it is, it’s ptetty great in it’s own right. This is a perfect Halloween treat, but be forewarned, it isn’t for the faint of heart. I’m going with 4 out of 5 stars.